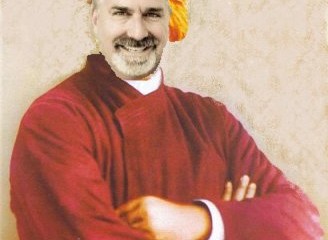 In the last 3 days the Ps have gone up .72%, down .61%, and up .60%. This action creates a so called “railroad track” appearance in the charts. When this occurs, you have to be careful not to chase your own tail or you’ll get run over. Up days will look like the all clear and down days will look a little ominous.

Looking to the other indices, the Quack closed up just over ¼% and the Rusty ended up a smidge.

My unwritten rule is to not get too bearish as long as the indices are a stone’s throw away from major highs.

Unless the evidence is overwhelming, I also try not to label myself a bull or a bear. This helps me to see clearly vs. supporting my stance.

Other areas that I have been concerned about with similar patterns such as Manufacturing and Retail also still remain below prior peak(s).

The Semis broke out to new highs. I’ve always been a big fan of this area supporting the market.

Internet stalled. This action keeps it right at its prior breakout levels. Additional weakness would be concerning here.

Biotech ended lower. It has also retraced back to its prior breakout levels. As mentioned recently, some of the bigger cap issues here are beginning to look a little ominous. The small cap/more speculative issues here still look like they have promise. One has to wonder how long these pigs will fly. I guess as a market technician I shouldn’t care—trail my stops and enjoy the ride.

Gold and Silver recovered after dipping lower. They still look like they have longer-term potential. Make sure you wait for entries since they have been correcting as of late.

Speaking of metals, Uranium also appears to have stabilized. I still think the mother-of-all bottoms remains in place here too.
I think it is safe to say the market is mixed. Wow, what great words of wisdom swami! Well, some sectors are doing well, some sectors are treading water, and some are looking a little ominous.

Okay, it’s mixed. So what do we do? I think now is the time to take things on a setup by setup basis. Make sure you really really like a setup. This means that the trend/pattern is such that it could trade in the intended direction in spite of the overall market. I wouldn’t get crazy bearish but if you really really like a potential short, then knock yourself out. What’s the worst that could happen? You lose on the short and your longs go back to making money. Again, just make sure you really really like the setup. As usual, wait for entries. Lately, we haven’t seen many setups trigger based on the indecisive nature of the market. As you can see, that in and of itself can often keep you out of new trouble.