The Spring Is Still Compressed, Does The Expansion Start Today? – Dave Landry on Trading

The Spring Is Still Compressed, Does The Expansion Start Today? 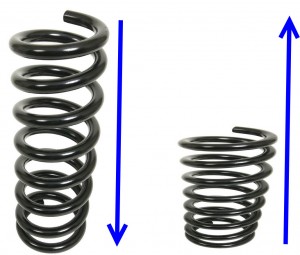 “They” never seem to make it easy. A “no brainer” would have occurred if we had a sizable expansion in price/volatility and then watch to see if the market reverses that expansion. Well, the Ps (S&P 500) had a slight expansion in volatility but then went right back to doing nothing—closing on Wednesday right around where it did on Tuesday. So for now, volatility remains extremely low—i.e. compressed. And, when the spring is compressed, it is due to revert back to the mean.

I’m not a big fan of seasonal biases because the representative sample just isn’t large enough. However, you can’t completely ignore them. My good friend Rob Hanna discussed his “Turkey” system (my name for it, not his) in a recent webinar for Timing Research.com (here is the Youtube or see my Youtube Channel likes). You buy before the turkey goes into the oven (Wednesday) and then look to sell when you’re starting to get sick of leftovers (Friday). The point is that there is generally a positive bias going into next week.

It’s an interesting combination—extremely low volatility with an upside bias. Ideally, and hopefully there is still time for this, I’d like to see a downside shakeout as volatility reverts to its mean followed by a nice upside move. As I have been preaching lately, this would knock out the nervous nellies and could clear the way for the market to trade higher. Futures are getting hit fairly hard pre-market so that scenario might just play out.

Again, the Ps ended in flatsville.

The Quack (Nasdaq) gave up all of Tuesday’s gains. This action puts it back to where it was a week or so ago.

The Rusty (IWM) sold off fairly hard, losing over 1%. It has lost around 2 1/3% over the last week. This might be the aforementioned expansion in volatility “fake out” we’ve been looking/hoping for.

I realize that volatility is slightly more involved than my usual just drawing of big blue arrows so I’m going to flesh it out in detail in today’s chart show. It is an important concept so I’m going to make sure that everyone gets it. Unless they are counting on you to save lives or do other great things then call in sick. I promise to make it worth your while and I give a 100% money back guarantee to any who aren’t completely satisfied (the shows are free and must be good because people often say “Dave’s good for nothing!”).

Some areas like Retail forged ahead to new highs but most areas were a little soft on Wednesday. I suppose this isn’t a shocker with the Rusty down over 1%.

Metals & Mining overall sold off fairly hard. This action suggests that they want to test their lows at least one more time. Gold & Silver were hit especially hard here, losing around 5%. It’s too early to determine if they are bottoming or just resuming their longer-term downtrend. Silver does look a little better so it might be worth watching just in case. I’m going to spend some time today in the chart show discussing whether you should bottom fish or not buy buying “options that never expire.”

It is getting a little mixed. For instance, Regional Banks which have been blasting higher or now coming right back in. The Semis, which were trying to break out, are pausing. Overall though, most areas remain in uptrends and are at or near new highs.

So what do we do? It’s not the easiest environment ever. The markets are still  overbought but have “walked off” that condition a little. The bias remains up but the market is still due for a correction. The Rusty has already corrected so maybe it will lead the way. It’s times like these that you just do what you normally do—follow the plan. If you really like a setup, then take it. Just make sure you wait for entries. And, of course, once triggered honor your stop.