The Sky Is Not Falling-Part 2 – Dave Landry on Trading

The Sky Is Not Falling-Part 2 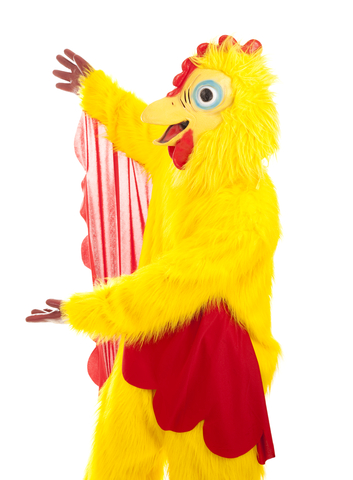 Although they can be painful, corrections are normal and actually healthy for markets. They shake out weak hands and attract eager shorts. With these players out/in respectively, it helps to propel the market higher.

Sooner or later a correction will turn into a top. It’s the “or later” part where many fortunes have been lost.

Since you never really do know, you can’t completely throw caution to the wind. Honor your stops on existing positions and wait for entries on new ones. This will help to mitigate the damage and help to keep you out of new trouble.

If a market is just off of new highs, don’t get caught too caught up in the panic on a weak day.

It might feel like the sky is falling and the Chicken Littles out there will be chirping that they told you so. Just remember, one strong day is all that’s needed for a “do over.”

Also, never forget to back the chart way out. What feels like the end of the world might just look like a blip on the long-term chart.

Err on the side of the longer-term trend. Again, many of fortunes have been lost calling tops. Until you have signals that the trend has obviously turned (e.g. a Bowtie, First Thrust, or other transitional pattern), stick with the trend.

The Ps gained over 1%. Not quite a “do over” but this action makes back most of Monday’s losses. It also puts them just shy of all-time highs. Ditto for the Rusty.

The Quack was very impressive. It was a “do over”–and then some, gaining nearly 1 ¾%. This action puts it back to multi-year highs.

Tuesday was pretty much the exact opposite of Monday. Most all areas rallied while Gold & Silver and Bonds sold off.

There were a few standouts in the sectors. Drugs accelerated to new highs. And, the Semis had the mother-of-all up days. This action puts them back to new highs.

Once again, the sky is not falling.

So what do we do? Again, continue to err on the side of the longer-term trend. On existing positions, do take partial profits as offered and trail your stops higher. Eventually, it will end. “Eventually” can be a long long time—at that’s what I’m counting on (or at least hoping for!). On new positions, enter if, and only if, the stock triggers. As I preach, that, in and of itself, can often keep you out of new trouble. And, once triggered, use protective stops just in case. We all can be wrong on any given trade-yes, even the great and mighty Big Dave. The day I figure out how to avoid all loses is the last day you’ll ever see my fat ass.