The Philosophy According To Dave – Dave Landry on Trading

The Philosophy According To Dave 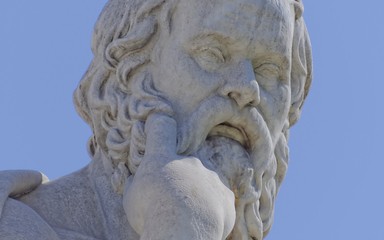 With a new year just ahead of us, I’ve been a little philosophical lately. Admittedly, when things are going well, it’s easy to be philosophical. Following the trend, focusing on the best of the best setups, waiting for entries, honoring/trailing stops, and taking partial profits when offered is all you have to do. It’s pretty easy to do now that conditions are favorable but trust me, there are times when you’ll wonder if you’ll ever make another buck, you’ll have self doubt, and question yourself and my/your methodology. I know this because there are times when I myself wonder these things. Just because I decided to start trading doesn’t mean that I no longer have a pulse. For me, when things get tough, I think back to the good times and know that longer-term, it’ll all work out. It never gets easy, but each year it gets a little easier. So, when the inevitable drawdown does hit-which it will at some point in 2014 (that I can guarantee), just take things one day at a time. If there are no new opportunities, then sit on your hands. And, don’t forget, during the good times, you have to make as much money as possible because there will be bad times. As I said in Thursday’s webinar, it’s never enough. Let the big winners ride..and ride…..

Okay, let me step down from my soapbox and take a look at the markets.

On Tuesday, I was building my momentum list and notice a stock that was accelerating to new highs with vigor. I looked at the symbol and it was one of those silly 3x leveraged S&P things. I thought to myself, I should just add this to my Landry 100 (a momentum list that I track) because the market just keeps going up and what better way to beat the S&P than to put in a 3x leveraged thingy that would go up 3x as much as the market. I then thought, shoot, a correction is near. When you feel like the market is going up forever and won’t let you on board, usually that’s the time to brace for a correction. Often, during these straight up moves, I’ll get emails asking “what if this market never pulls back?” Yes, Virginia, there are corrections.

I think it’s just that, a correction.

The Ps have had a nice recent breakout to all-time highs and Thursday’s move only appears to be “knockout” in nature (email me if you need the Trend Knockout Pattern). Ditto for the Quack.

The Rusty is a little disappointing because it did pull all the way back to its prior breakout levels but at least it found support there.

There were a few sectors like Energy that got whacked hard enough to put them back into the questionable column but for the most part, most sectors only pulled back a bit.

Gold and Silver (the stocks) had a decent rally and appear to be in the process of bottoming. Notice lately I that I have been using the word “process.” No need to be a hero just yet.

Bonds got a bid on Thursday but remain sideways at best.

It was good to see the above three rally as the market slid. This action suggests that it was not a liquidation type of market where everything gets sold because somebody had to raise money-and fast.

So what do we do? Even though the market pulled back a bit, I’m still not seeing a whole lot of new setups just yet. Be patient. If the market can hang in there, we will. For now, continue to focus mostly on existing positions. I would still avoid new positions on the short side as long as the indices can hang around their old highs.