The Pause That Refreshes – Dave Landry on Trading

The Pause That Refreshes 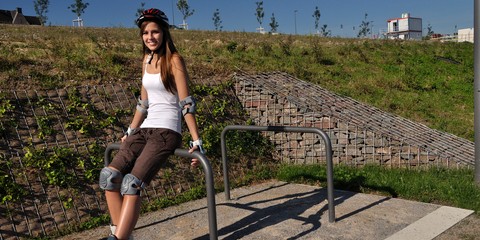 It always amazes me that a market can have an off-to-the-races day and then shrugs its shoulders. It’s like everyone has to buy all at once. The good news is that often after a “pause” day the market continues in the initial direction.

Let’s look at the indices.

The Ps (S&P 500) and Quack (Nasdaq) which both accelerated to new highs on Tuesday both ended flat on Wednesday.

Both the Ps and Quack remain above their prior peaks—so far, so good.

The Rusty (IWM) is a bit of a disappointment. It lost just over ¾% to give back much of Tuesday’s gains. This action also has it stalling right at its prior highs. It’s not the end of the world though. It’s just one not-so-good day. As you know, I’d like to see it clear its prior highs decisively before it looks back.

The Energies took a bit of a breather, ending flat on the day. So far, their longer-term uptrend remains intact but they have lost some momentum shorter-term.

Although things were generally flat, there were some pockets of strength.

Metals & Mining overall woke up, gaining over 1 1/2 %. This action puts them at multi-year highs. Gold & Silver had good days here too. So far, a bottom remains in place there. We could see setups in other Metals soon based on the overall action.

Drugs overall had a decent day. They are now just shy of all-time highs. Biotech here is doing well too. It closed at multi-month highs and continues to work its way back to its old highs.

The Semis ended flat but so far they remain in a strong uptrend. Like the Quack, they appear to be taking a breather.

Much of the rest of tech, like the Quack, remains strong.

There was some weakness out there.

The Transports ended lower. This action has them stalling near their prior peak. So far thought, the longer-term trend remains intact.

Within the Trannys, Major Airs began to break down in earnest. It appears that a top is in place here.

Aerospace/Defense turned back down. So far, it appears that a top remains in place here.

So what do we do? I think Wednesday is the “pause that refreshes.” The market is taking a breather before continuing its ascent. As usual though, take things one-day-at-a-time. For now, in general, don’t fight the longer-term tape. If you really like a short in the aforementioned weaker areas, then take it. For the most part though, you want to continue to focus on the long side. The only problem is that I’m not seeing a tremendous amount of setups just yet. Again, this is normal since the methodology requires a pullback. In the meantime, I still think Gold & Silver socks look like they have the potential to make a new leg higher.

P.S. Chart show today. Be there or be square (unless your busy saving lives, repairing transmissions, life coaching, training dogs, or doing other great things!).