The Market Is On Sale, Should You Buy? – Dave Landry on Trading

The Market Is On Sale, Should You Buy? 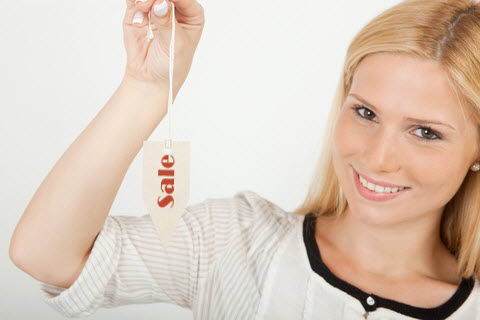 The Ps (S&P 500) sold off hard on Thursday but they found their low by mid-day and began to rally. By the end of the day, they were able to make it all the way back to the plus column, albeit slightly.

The Bowtie moving averages (see this Youtube video to get up to speed) have officially crossed over to downtrend proper order (10sma<20ema<30ema). There’s nothing magical about this in and of itself but it usually pays to pay attention when this occurs after a market is coming off of all-time highs.

All tops will have a Bowtie or other emerging trend pattern but obviously not all emerging trend patterns turn into the mother-of-all tops. The reason that you have to be vigilant when a market begins to crack after just hitting new highs is because the most amount of people trapped on the wrong side of the market. As mentioned in yesterday’s chart show, the Johnny-come-latelies aka the so called “fast money” are the first that are forced out. Their new positions have quickly turned into losing positions. Those who brought prior to the peak are now watching their gains evaporate. Therefore, pressure is being put on more and more participants.

BTW, in the chart show, someone brought up the fact that bullish sentiment had hit an all-time high recently. This doesn’t actually concern me because at new highs sentiment will also be at new highs. If you’re a trend follower, then you know that a market can make new highs for a long time. So, I view these numbers as meaningless. Also, how can you really take such a survey? I think I know what I might be having for lunch today (fried catfish from a local gas station) but I thought I did yesterday and I changed my mind. I’m pretty sure I’m not going to change my mind on the catfish though. It takes a lot of greasy food to maintain this body…but I digress.

Back to the Ps, it was good to see the market turnaround but you can’t bet your portfolio on a good afternoon.

Futures are strong pre-market so we could see some follow though buying, at least on the open.

The 200-day moving average is around 1900 which is just about the area of the August lows. As I preach, a lot of time many technicals will come together at the same level.

One thing’s for sure, volatility is increasing. It is starting to feel like it’s October. Wait? It’s October already?

The Bowtie moving averages have also crossed over in the Quack (Nasdaq). It too recovered from a spill to close in the plus column.

The Rusty (IWM) probed nearly 1-year lows before reversing to not only close in the plus column, but actually gain 1 percent. It is good that it recovered after looking like it was getting ready to fall out of bed. Let’s not start kissing each other just yet though. Wait to see if this support can continue to hold.

The sector action remains mostly dubious. Even though most recovered from their lows like the overall market, many still ended in the minus column by a significant amount, closing at new lows.

So what do we do? Never buy a market because you think it is on sale. True, this has worked over the past 5 years but I can assure you that it’ll work until it don’t. Do follow your system. If you’re a trend guy like me—and why would you torment yourself reading this column if you weren’t?, I know, for the occasional comical anecdotes-then you have stops in place on any longs and you probably have a few shorts working by now. Well, honor your stops on those too because, as you know, short covering rallies can suck (to put it mildly). Don’t be hero. Take things one day at a time. If you see a setup that you really really like, then take it but make sure you wait for an entry and honor your stop once triggered. Let this thing unfold. If the market goes through another I’m going to rollover-just kidding phase then being selective, stops, and entries will help us to stay on the ride.