The Market Is Improving–So, Is This The “All Clear?” – Dave Landry on Trading

The Market Is Improving–So, Is This The “All Clear?” 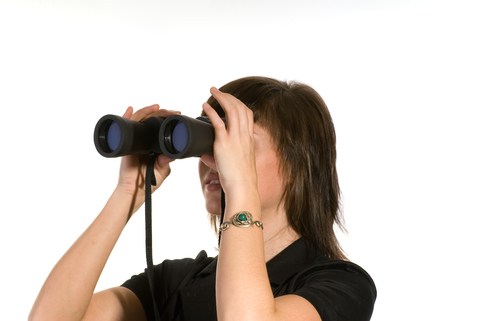 My take on technical analysis is simple. I look at the charts to see what they are saying about the market’s participants. My job is to read the emotions of the market. With that said, if a market is at new highs and sells off, it wakes up eager shorts and makes those who bought late in the game nervous. As the sell off continues, the Johnny-come-latelies bail out, more shorts are attracted, and the longer-term holders begin seeing their profits evaporate. However, if the market snaps right back, everyone with the exception of the eager shorts, breathes a collective sigh of relief. It’s also possible that the longer-term holders didn’t even notice.

Getting to current markets, the market continued to snap back nicely with the Ps (S&P 500), Rusty (IWM), and Quack (Nasdaq) all gaining around 1 ¾%. This action puts these indices back to within 2% of new highs—all-time highs for the Ps and Rusty.

As usual, follow through is key but one or two more big up days and the indices are back to new highs. This is why you want to be careful picking tops. As I preach, as a trend follower, you’ll always be a little late to the party. Yes, sooner or later it will end badly. That’s one of the few things that I can guarantee. In the meantime, wait for bona fide signals before getting too bearish.

The sector action continued to improve immensely. Many areas below prior peaks—like the market itself-continued to forge back towards new highs. Some, such as Drugs, are just shy of new highs and others such as Retail, Health Services, and Real Estate are hitting new highs.

Gold and Silver lagged. Again, the bottom here continues to be more of a process than an event.

Things are improving, so is this the all clear? Well, in markets, you never really have an “all clear.” And, if you ever think that you do you be careful. You’ve probably overlooked something or at the least, you’ve forgotten that a market can still do whatever it wants. Or, you may have forgotten what Douglas once said “All it takes is one a-hole to screw up a perfectly good trade.” Read “The Disciplined Trader.”

So what do we do? I’ve learned to trust in what my database tells me. Right before the last slide it provided virtually no new meaningful setups. This told me not to take any new action and kept me out of (new) trouble. And now? Well, I’m still not seeing setups just yet. This tells me to continue to let things shake out. Yes, things are improving but that doesn’t mean that you should be adding at this juncture. Be patient. If the market decides that it is going to have the mother-of-all rallies in 2015, then we will be along for the ride. In the meantime, again, let things shake out. As usual, honor/trail your stops on your existing positions and take partial profits as offered.