The Great Thing About The Future – Dave Landry on Trading

The Great Thing About The Future 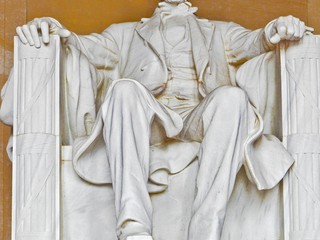 How do you stop a bull trend? That’s easy, title your column “Close Your Eyes And Buy.” I did catch a little (somewhat deserved) ribbing from you guys on that one.

The point was not to blindly buy the market but to recognize that the market had been going up. It is not our job to question or fight it. As I preach, what is, is.

What I have been concerned about is the fact that the market had lost steam. Yes, it has been working its way higher but with a lot less vigor.

Now it looks like we are seeing some corrective action. The Ps (S&P 500) lost nearly ¾%. The problem is, since the market has been drifting, what would normally be only a very minor correction gives up over 2 weeks’ worth of trading. This is why I hate a market in drifting mode. Futures are very weak pre-market so we could some follow through selling—at least on the open.

The Quack (Nasdaq) also gave up around 2 weeks’ worth of gains, losing over ¾%.

The Rusty (IWM) was hit the hardest. It lost 1 ¼%. This action keeps it stuck in shorter-term sideways range.

Internally, things weren’t too bad except for a few notable exceptions. The Energies and Metals & Mining banged out new lows with vigor, losing nearly 4 ½% and 2% respectively. Transports, led lower by Shipping and the Railroads are now beginning to look a little questionable. However, Airlines, helped along by lower energies, are still flying here.

True, some of the stronger areas such as Computer Hardware/Software, and the Semis did end significantly lower but so far, they only appear to be pulling back.

When I pontificate, my caveats are always to wait for entries and use stops. In a soft market like Monday, you likely didn’t get any new entries. That, in and of itself, can often keep you out of new trouble. Honoring your stop on existing positions will take you out if the correction turns into more than just that.

So what do we do? Well, at the risk of preaching, wait for entries on new positions and honor your stops on existing ones. This market has been needing a test and it looks like we’re getting one now. If the market fails to make new highs over the coming weeks then we will have to reevaluate things and maybe even fire off a short or two. For now, let’s just see how things unfold. As Lincoln said, “The great thing about the future is that it comes at you one day at a time.”