The Eye Has Passed, Now What? – Dave Landry on Trading

The Eye Has Passed, Now What? 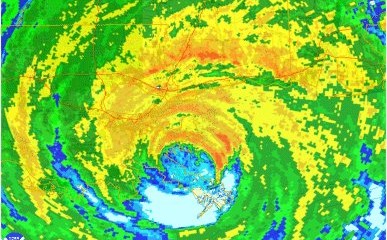 The market will often do what it has to do to frustrate the most. It’ll also do the most obvious thing in the most un-obvious manner. If the market looks like it is going to sell off, it’ll rally first and then sell off. I first learned of these adages from Linda Raschke*, so I’ll give her credit for them.

For several weeks things have deteriorated internally. High beta/high relative stocks began to break down. It was a case of, the bigger they are, the harder they fell. Prior leaders such as Biotech and Internet sold off. My own personal momentum list (the Landry 100) began receiving 3-4% haircuts daily. Many areas stalled below their prior highs, giving the appearance of double tops. We also saw a vicious sector rotation where defensive areas such as Energies, Utilities, and Foods emerged as the new leaders. See recent columns for a history lesson on all this.

And then, things improved a bit. Areas such as the Banks and Consumer Durables broke out past their prior peaks. Other areas were closing in on new highs. Even the S&P peeped out of its sideways range to close at all-time highs.

It looked pretty ominous, the clouds began to clear a bit, and then bam!: we get the mother-of-all sell offs. It was the eye of the storm.

The Ps started strong but quickly found their high and began to sell off-hard. For the day, they lost 1 ¼%. This action forms a bearish outside day down from all-time highs. In candle speak, I think it’s a “Fat Sumo Wrestler That Needs To Wash His Mawashi. “

Speaking of a diaper change** moment, take a look at the Quack. It sold off hard out of a First Thrust formation, losing over 2 ½%.

Only a few areas ended higher and these were mostly defensive or commodity relates areas—areas that can trade contra to the overall markets–such as Tobacco, Utilities, Metals & Mining, and Energy.

With the Ps forming such a massive outside day down (or a Ma-wash-out), it’s no big surprise that many areas such as Chemicals, Health Services, Banks, and many others area that were at or near new highs formed similar patterns.

With the Quack selling off hard out of a First Thrust Pattern, many areas followed suit. Software, Drugs-especially Biotech, and Internet all sold off hard out of similar patterns.

In the end, I still think that good stock picking combined with portfolio ebb and flow wins. These are the concepts that I preach and teach. Take things one day at a time and on a setup by setup basis. If you really really like a setup-long or short-then take it. Just make sure you wait for an entry and once triggered, honor your stops just in case. Stops will help mitigate the damage on the stocks that don’t work out. Trailing stops will keep you in your winners until they stop making forward progress. And, waiting for entries will often keep you out of new trouble when there is no short-term follow through. Entries and stops combined with good stock picking is the essence of portfolio ebb and flow. That’s really all there is to it. You don’t have to be the prognosticator on the planet. Pick the best, leave the rest. Then, exercise proper position and money management—let the market make further decisions for you.

So what do we do? Based on Friday’s washout, I’m not seeing any new meaningful shorts. It seems that everything that was set up all triggered at once. That’s the problem with the short side, they slide way faster than they glide making it tough to get on. On the long side, other than a defensive issue or two such as the Foods and Energies, there’s not much out there. Therefore, unless you’re looking at something that you think can trade contra to the overall market, you might want to sit on your hands and let things shake out a bit. At the risk of preaching, continue to let portfolio ebb and flow guide you.

*When I asked her the origin she told me that she probably got them from fellow floor guys back in the day.
**This phrase as stolen from Ian McAvity.