The Beer Is Too Cold – Dave Landry on Trading

The Beer Is Too Cold 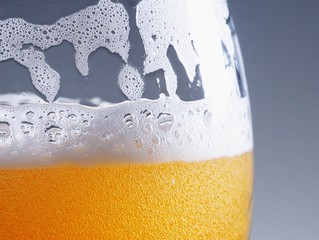 I hate it when markets gap up and that’s it. I guess as someone mostly long, I shouldn’t complain. It’s like those friends who complain when the beer is too cold. Ideally, I like to see markets start a little soft and build. Again though, I suppose I shouldn’t complain.

Looking at the Ps, they gained over 1%. This action puts them just shy of all-time highs—better than a poke-in-the-eye I suppose. They did manage to close above their open which is a minor victory.

The Quack wasn’t able to hold onto all of its morning pop but didn’t manage to close up nearly ¾%. This is good enough to put it back to a multi-year high close.

The Rusty also wasn’t able to close above the open but still managed to tack on over ¾% nonetheless.

The sector action was decent as you would expect given the aforementioned performance in the indices.

Trending areas that recently pulled back such as Financials, Regional Banks, Insurance, Defense, Drugs, Health Services, and Transports rallied out of their pullbacks.
Sideways areas such as Chemicals and the Semis appear to be waking up.

And, some areas like the Uranium still appear to be bottoming.

All isn’t great in the world-literally. The EFA shares bounced but they still remain sideways at bet.

And, some sectors here at home such as Metals & Mining still look questionable.

Overall though, things are improving. With that said, with the market at or near new highs and most sectors trending, you certainly don’t want to fight it.

So what do we do? As usual, you want to continue to take things one day at a time. Things were a little mixed last week (see column archives) but improved greatly on Friday. Now, we have to deal with Monday. Once again, I’m still not seeing a tremendous amount of new buy side setups. As I have been saying (ad nauseam), this night be the database suggesting to let things shake out a bit. Again, don’t worry. If we end up in a bona fide new bull trend, there will be plenty enough time to add new positions. In the meantime, let’s see if it sticks.

P.S. Check out my upcoming Stock Selection webinar. I’ve been working hard on the material and I think it is going to be awesome if I say so myself. I wish I would have known all these things 20-something years ago.