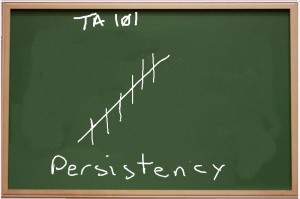 The market took a bit of a breather on Friday but its nice persistent breakout still remains intact.

The rally has been broad based as of late. The rising tide truly has lifted (virtually) all boats.

Most sectors remain at or near new highs.

Even weaker sectors such as Metals & Mining are now coming back. Steel and Aluminum are leading the way here with Copper bringing up the rear. Gold and Silver (the stocks) still lag but appear to be in the early phases of bottoming.

Speaking of the Metals, Uranium appears to be waking up a bit along with some other Rare Earths.

All isn’t rosy in the world though. Selected areas such as Airlines appear to be losing momentum.

Even if the market does continue to follow through, it’s always important to watch for trends that might be ending and for new beginnings (i.e. pay attention to sector rotation).

So what do we do? As you know, I’m a pullback guy. And, since the market only pulled back a smidge, I’m still not seeing a lot of meaningful longs. Use this time to manage existing positions. Take partial profits as offered and trail your stops higher. Wait for entries on any new positions. On the short side, I would avoid fighting the trend unless you really like the setup and believe it could be part of a major sector rotation—like the aforementioned Airlines.