Special Market Update: Where Are We Now and What To Do? – Dave Landry on Trading

Special Market Update: Where Are We Now and What To Do?

I suppose the $64,000 question is: "Is this the beginning of the end?" I'm not convinced just yet but have gotten some minor and major sell signals. I've also gotten pruned out of quite a few positions. Let's explore where we are and possible actions further.

Rarely does a bear market start with some well-thought logic as to why it should be a bear market. I was speaking with someone at the gym last week. He explained to me how Coronavirus supply chain interruptions would hurt the market. That may be true, but, again, usually bear markets don't start with an obvious logical reason. The real reasons usually only come long after the fact. On a more macro level, there's a cartoon going viral of a black swan wearing a surgical mask. My gut is that this isn’t the start of a bear market because it’s too pat. However, I remain a price purist and will follow along like a good little trend following moron. 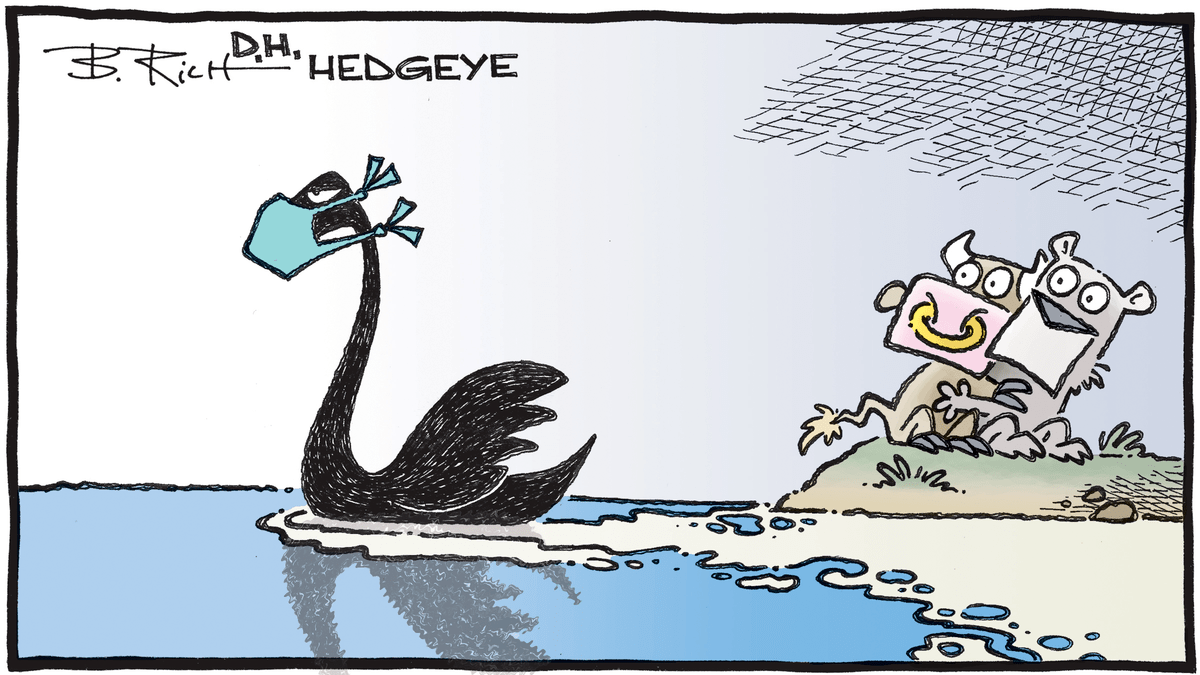 Speaking Of Price, Where Are We?

With the retrace rally (today?, keep reading), we’ll have daily Bowtie sell signals in just about everything.

As of 02/27/20, we have a TFM 10% sell signal. This simple system has done well to avoid very large “diaper change” type of slides. Notice below that “Diaper Change” column shows how much additional losses would have been avoided by exiting on signals. My intent with the system is to obviously beat buy and hold, but more importantly, my goal is to get out the way when the SHTF. The reasoning is that if a market is going to drop 50%, it’s going to drop 10% first.

I don’t want to “not trust my instruments,” but my concern here is that the TFM 10% signal triggered so fast and at such an oversold level. My thinking is that they’ll be a big bounce from this signal at oversold. However, look no further than the sell signal in 1987 to see that it's often its darkest right before it gets “more dark.” 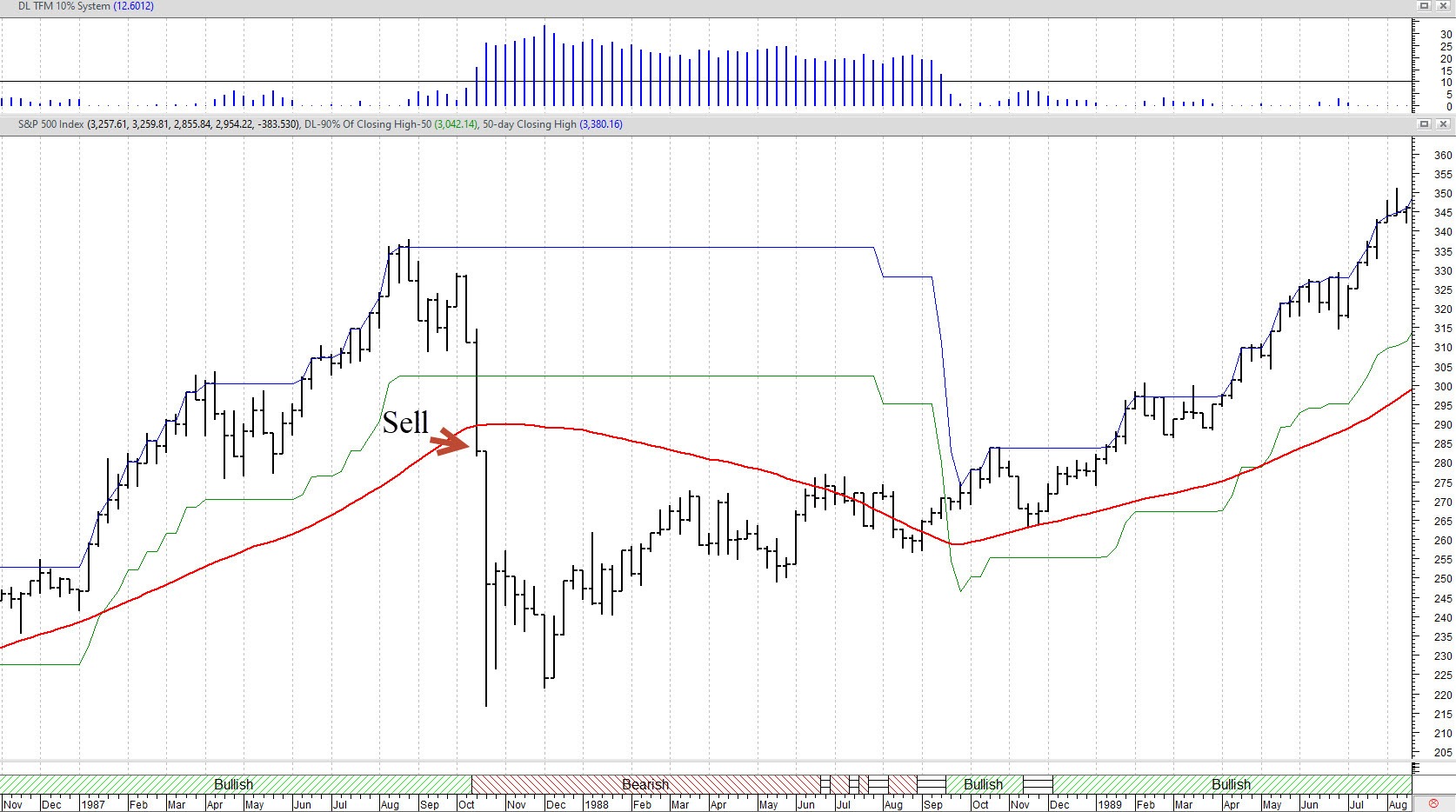 Corrections Are Painful, But Actually Healthy For Market

Corrections clear out the “Johnny-come-latelys.” These are the traders who give up waiting for a correction and buy into markets as they are making brand-new highs. They are the last and the first out. The sucking in and spitting out of these traders is the basis of patterns such as the Trend Knockout. Unfortunately, this last move qualifies for much more than just a knockout.

Things To Worry About

My gym friend explained to me that he got shaken out in December of 2019, and he wasn’t going to let that happen again. Over the past two years, others have told me that they are "so glad that they held on and wish that they had bought more!" Bull markets always convince those who drink the buy and hold Koolaid to hold on at any cost. Bull markets also allow the “asset gatherers” to keep clients with the “let’s not get shaken out” and “we’re in for the long haul” mantras. It also allows them to attract new victims (ah, I mean clients!) because, as you can plainly see, the stock market just goes up!

If only these people, especially the clients being served the Koolaid, would just look at an index chart. Markets lose at least half of their value quite often. In fact, EVERY asset class will lose half of its value at some point in your lifetime. Don’t take my word for it! Plot long-term Gold, Real Estate, Bonds, and of course, Stock Indices. The problem is that the last couple of times it took stocks less than five years to recoup those losses. As I preach, the market can be a really bad teacher. Just be a good student and plot your charts. Sometimes it takes a decade or two (and a half!) for a market to recover. 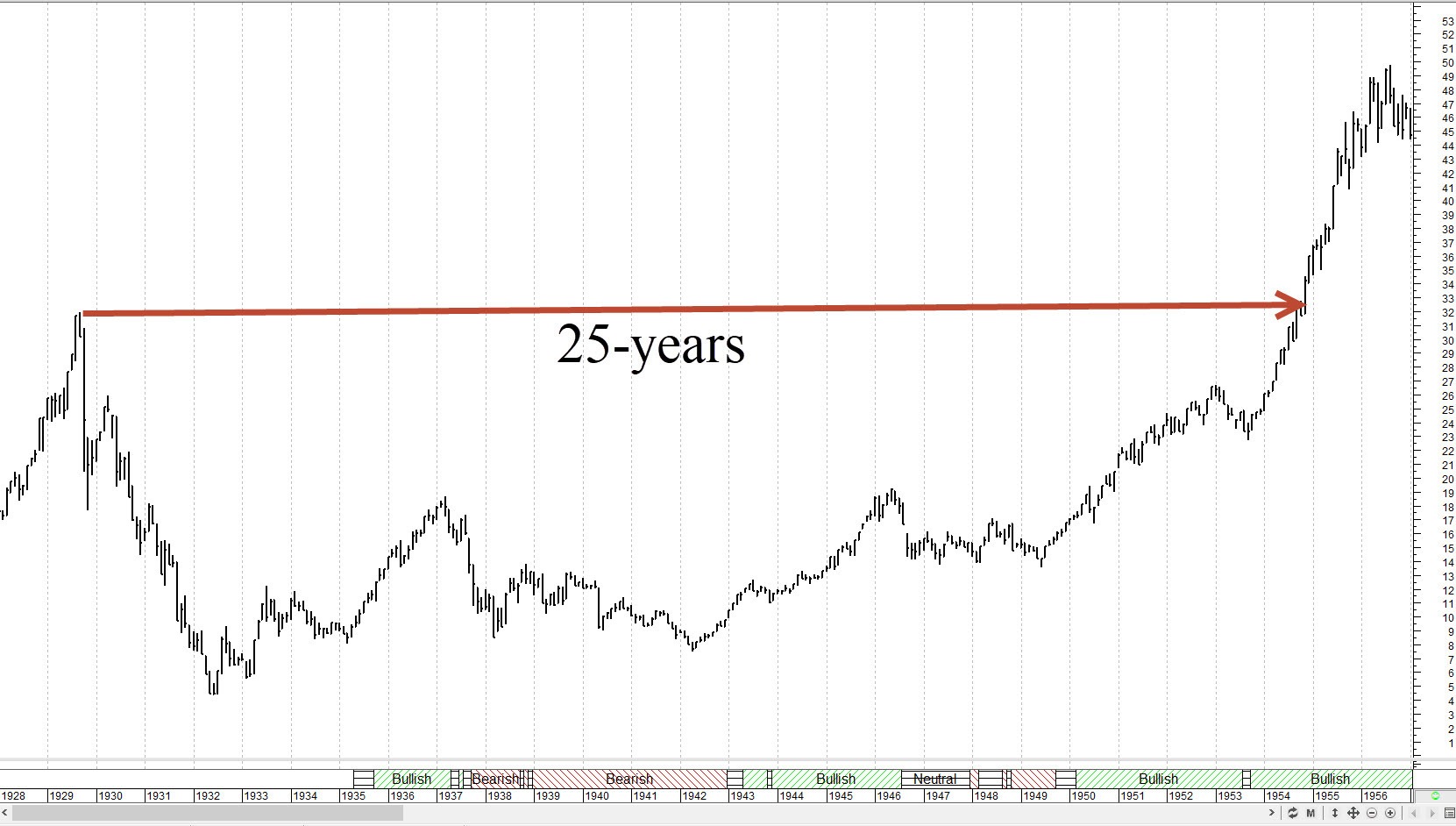 There was also a plethora of complacency coming into this slide. Recently, a buddy told me that he was excited to be making 1k per day in his 401k-making him question this working for a living thing. Other friends came out of the woodwork to notify me of their excitement with the markets. There's no way to quantify this, but you have to assume that many are still holding on, expecting to return to profitability.

Baby With The Bathwater?

You would have expected a flight to safety to Gold or defensive areas such as Consumer Non-Durables. Nope. Nearly everything got hit hard across the board. On some of the down days, virtually all of the sectors that I follow ended lower. The only slight silver lining is that there has been some flight to safety in bonds. So, watch bonds. It could get ugly if the market turns back down and everything including bonds follows suit.

We’re going to have the mother-of-all retrace rallies see (a) below. And, that could be underway now. Shorts are a fickle bunch. They pile on when the market slides but all rush for the door when the retrace rally begins in earnest. Central banks and the Fed will add gasoline to this fire. They know how and when to manipulate to get the most bang for their buck. The retrace rally is tough to play, especially since it didn’t really set up as an opening gap reversal (OGRe).

You have to embrace the fact that no one knows exactly what happens next. Therefore,  you have to play out several scenarios in  your head.   After the retrace will be key. If the market turns back down after a sharp retrace (c), especially on an OGRe, then inverse shares such as SPXS might be worth a shot, but only for an intra-day trade. The market has become too erratic to attempt position trading at this juncture. I’d love to see a “V” shaped (full) recovery (b), but these are hard to sustain. Some will likely be tempted to get out a breakeven and the shorts would likely pile on in anticipation of a failure at the old highs.

I don't think it's the beginning of the end just yet, but I'm going to brace for it just in case. The market does have its work cut out for it.

While everything shakes out, honor your stops on any remaining longs. I believe in seeing each position to its fruition. So, if you get stopped out, so be it. On positions that haven’t hit the protective stop, continue to follow the plan. Remember, all it takes is one big winner to make up for many losses. Make no bones about it, it’s painful watching open profits evaporate or losses accumulate. Last week felt like I was getting punched in the gut. I probably offended the contractors next door with my foul language. However, as painful as it can be, longer-term, following the  plan is the thing to do. I will use a dangerous word: hope. I hope that the market provides me with a great example of a few big winners that somehow survive the slide. Stay tuned. I'm going to follow up on how it all shakes out with all of my positions before and after. Note: see last week's Dave Landry's The Week In Charts for more on these positions (below).

On new positions, be very selective. In a market like this, I think the more speculative issues (e.g., an IPO or Biotech) might actually be a better play. Big cap stocks will likely get hit hard on additional weakness because it is a crowded trade. Most are already long and could all look to bail at the same time. This action could actually provide us with a plethora of shorting opportunities. However, we do need to wait and not anticipate this potential. As the market retraces, we should see a plethora of shorts began to set up. Remain patient and let things unfold.

The bottom line is no one knows what happens next. Do play out some scenarios, but do not make any big picture predictions. As usual, take things on a day-by-day basis. Again, if you have leftover positions that have not stopped out, hold them. Maybe, just maybe, one or two of these will help to mitigate other losses.