“So Long And Thanks For All The Fish!” – Dave Landry on Trading

“So Long And Thanks For All The Fish!” 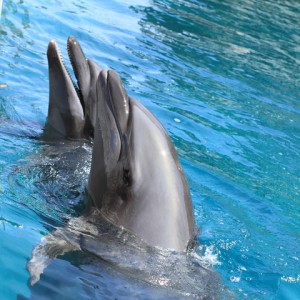 The trend is your friend until the end. The good news is that trends often go much further and last much longer than most are willing to believe. In fact, this fighting of the trends actually helps to propel them along. We use this propensity to our advantage. Unfortunately, it does end badly and the naysayers are finally vindicated. “Finally” can be a long time though–long enough to enjoy the ride and then get off. “So long, and thanks for all the fish!” (Douglas) “NEXT!”

Covel equates riding the trend to riding a bouncing bronco. Sometimes corrections are just that and sometimes they are the start of something much bigger. You have to be willing to hold on to find out. Again, eventually, it ends badly but if done properly you still end up with more cash than you started. Better than a poke in the eye is what I say!

Okay Big Dave, where are you going with this? Well, it’s possible that we will have to say goodbye to some of our dear friends. Biotech and just plain Tech stocks appear to be falling from grace. You can’t fall in love with your stocks. When the trend ends you have to be willing to part ways. The good news is that lately we have met some new friends. And they are from China and Brazil. We are also making friends with emerging trends in the Energies and Metals & Mining.

As implied above, lately, we have been seeing a vicious sector rotation. Previously high flyers have been rolling over. Fortunately though, commodities and Latin America have been rising from the ashes like the Phoenix.

It doesn’t always work this well but it is a thing of beauty when it does. You dump your old friends and find some new ones.

The Ps (S&P 500) sold off hard, losing just over 1% for the day. This action puts its smack dab in the middle of its sideways range and just about where it was when we sat down for some turkey back in November.

The Quack (Nasdaq), lost well over 1 1/2%. Yuck! This action gives up its recent breakout and puts it back into its prior trading range.

The index action scores as a bummer because these three amigos were just at all-time highs.

Ditto for the Dollar.

Dollar down, commodities up—as mentioned above.

Rates up (i.e. Bonds down) means interest rate sensitive areas down—take a look at Real Estate which is getting creamed.

It’s not always a one-for-one and it doesn’t always work but eventually, the relationships will play out. So it pays to pay attention. In this business, you have to watch everything (or pay me and I will gladly do it for you!).

Getting back to the sector rotation, Drugs and Biotech have been on the skids as of late. It’s too early to tell if this is the start of something bigger but so far, it’s not pretty.

Other tech such as the Semis are looking pretty dubious.

Health Services are now testing the bottom of their shorter-term trading range.

On the flip side, the aforementioned China (FXI) though down a bit on Thursday still appear to remain in a solid trend. I especially like the emerging trends in the second tier stocks here. True, it could be the so called “when pigs fly” signal but who cares? If they are going up then I’m in for the ride—at least until I’m bucked.

The aforementioned Energies and Metals & Mining also still appear to be beginning a trend.

So what do we do? Honor your stops on existing positions just in case the trends are coming to an end. Look for new friends in those lower level areas that appear to be emerging.