Should You Worry About A Few Chinks In The Armor? – Dave Landry on Trading

Should You Worry About A Few Chinks In The Armor? 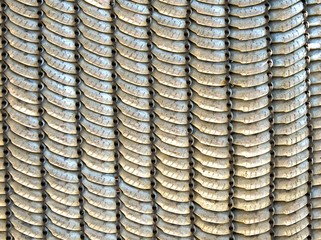 Yesterday, I was called an “expert” by Marc Mandel on the Winning On Wall Street radio show. Marc then recanted and paid me the utmost compliment. He took back the word “expert,” saying that experts claim to know everything and they don’t, implying that no one knows exactly what a market will do. And, I’m guessing that’s why he has me on the show. I often admit that I don’t know exactly what a market will do. I just call ‘em as I see ‘em. Thank you Marc!

The market can do whatever it wants to do. It doesn’t care about you, me, or that guy who screams on TV. We just follow along. Once you reach that point in your career—knowing that you don’t know—your life becomes a lot easier. You just follow along.

The Ps (S&P 500) have recently sold off out of a low volatility situation. As I have been saying, sometimes the first move when this occurs is a false one. They came back nicely on Tuesday, gaining exactly ¾%. This action puts them within a gnat’s eyelash of closing at all-time highs. As a good little trend follower, I’m not going to argue with this too much. You know me, ideally though, I’d like to see them bust out higher and not look back for a while, clearing the July peak decisively.

The Quack (Nasdaq) had a decent day. As I often mention, sometimes a market will breakdown, or should I say “fakedown” out of a range,  and then take out the top of the range. This is why you have to be careful not to always jump on the first move. The index gapped lower but immediately reversed to rally and close well. Like the Ps, it closed exactly ¾% higher.

The Rusty (IWM) remains the rub. It only managed to tack on a little more than ¼%. Longer-term it has been all over the place. In last night’s service, I described it as a “Jackie Mason” type of market-it’s up, it’s down, it’s up, it’s down…… One of my trading service clients thought I said “ejaculation type of market.” I dunno, that might be a better way of putting it. Seriously, it has been all over the place for 2014. If you’re trading mostly smaller cap stocks like we do and wondering why you can’t catch a trend, then look no further than the Rusty.

Bonds are still a concern. They continue to slide. As I’ve been preaching, it’s not the absolute interest rates that’s important at this juncture–zero, or zero point zero zero zero…. It’s the delta (change) in rates that’s important. If everyone runs for door at the same time for fear of higher rates then things could get ugly fast.

Real Estate, which has recently imploded based on Bonds, bounced a bit a bit. So far though, it looks like the damage has been done here.

Energy had a decent rally. However, so far, it only appears to be pulling back from its recent First Thrust down. We will likely see shorts setting up here soon.

With the Ps and Quack doing well, as you would expect, most areas did okay.

A lot of areas such as the Semis are hovering at or below their prior highs. Ideally, I’d like to see these areas clear those prior highs decisively.

So what do we do? Take things one day at a time. I know, you’ve never heard that before. Lately, there have been a few chinks in armor but for the most part, the market is hanging in there. Therefore, there’s no need to rush out and take any drastic action. Do pay attention. Do follow along. Right now I’m not seeing a whole lot of new setups so that might be the database telling me to let things shake out a bit. And, that’s fine with me. If the market goes on to make new highs, I’ll have plenty of powder ready. And, it if rolls over, I’ll be ready for that too. Speaking of rolling over, do keep an eye on the aforementioned REITS and Energies for possible shorting opportunities. There’s no need to be a hero just yet but do start putting together your watch list.