At Traders Expo I told the crowd that the market would have to go on to make new highs before I’d feel better about it. Someone said, but Dave, you have a bunch of shorts in your portfolio, wouldn’t you lose a bunch of money? Well, we’ve already took partial profits on them all so hopefully (I know a dangerous word in this business), we’ll still get stopped out at a profit and then we can go back to the business of buying stocks. It comes with the territory. Sometimes you have to be willing to give up open profits in order to hopefully (there’s that word again) stay with the trend. You might want to write that down too. 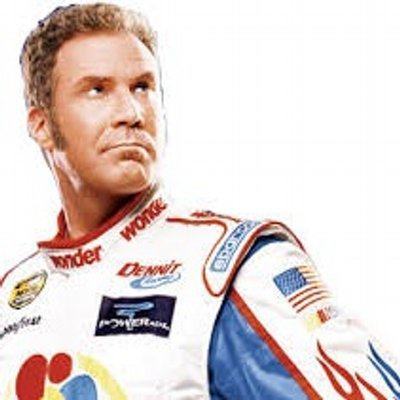 It’s been fairly easy so far in 2016. Oh, I’m not bragging, it’ll be my turn in the barrel soon(er or later). We just saw some shorts and took them. The market then continued nicely lower. “Thank you baby Jesus.” (Ricky Bobby) Now’s the tough part-the retrace. Retrace rallies from high levels give hope to the buy and hope (oops, I mean hold) crowd. They punish the shorts. To put it mildly, they suck. You can’t get too caught up in them. Yep, it might be the mother-of-all reversals but so what. Proper money and position management will keep us in the game. And, again, if the market does go back to new highs, we’ll just start following along-moron implied.

The Ps (S&P 500) managed to make it too multi-month highs. Let’s not start kissing each other just yet though. It could retrace quite a ways and still be in trouble. Back the chart way out and it still looks like the mother-of-all tops, or at the least, a big sideways range. Ditto for the Quack (Nasdaq).

The Rusty (IWM) still looks the worst. Peak to trough, it’s dropped over 25%. FWIW, the media “calls” a bear market at 20. So far, it looks like nothing more than a pullback. This is concerning when you consider that it is broad based—hence the 2,000 in its name. As I have been preaching for months, it has been the poster child for what’s really happening.

Many sectors are getting choppy-like the market. Some, like Retail, are having the mother-of-all retracements. Maybe, it might even turn into a bona fide reversal. That’s okay. I’m willing to wait vs. anticipate.

On the long side, Metals & Mining still appear to have turned the corner. Usually, the sectors that are beat up the most and the longest tend to be the first to turn. This isn’t reason in and of itself to buy a market (see rule #2) but when you begin to see emerging trend patterns (e.g. the aforementioned CENX trade), it’s worth a shot.

Again, getting back to band camp, I was talking about shorting and sensed that some were uneasy. I then paused and said, “Look, there’s nothing wrong with just sitting in cash.” The crowd seemed relieved, knowing that it’s okay to do nothing. This is the tough part—when the market is choppy and retracing. I think you can play both sides with a big caveat: be picky. Make sure you really like the setup. If you couldn’t live with yourself if you didn’t take the setup, the by all means, take it. Anything less be willing to pass. On the long side, unless you think you have the mother-of-all setups, focus on the commodity related areas since they can trade contra to the overall market, just in case the downtrend resumes. Just don’t throw darts here either. And, never forget, the trend is your friend–see 1 through 10. (This market update was originally associated with this column.)