Put Your Ego Aside And Let The Market Decide 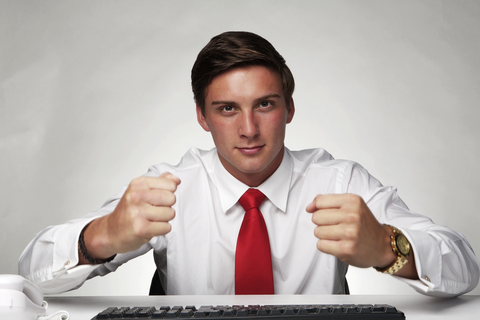 It seems like the indices caught up to Monday’s ugly internal action.

The Ps (S&P500) lost nearly ¾%. So far though, its solid uptrend remains intact. In fact, this action gives it a Trend Knockout (TKO) type of appearance. For a trigger, it would have to take out Tuesday’s high, circa 1976.

The Quack (Nasdaq) got whacked even harder. It lost over 1 1/3rd percent. Although it is not the end of the world, this action does put it all the way back to the March breakout, circa 4370. So far, the index remains constructive but it is important for this level to hold.

The Rusty (IWM) remains the ugliest, losing nearly 1 ¼ percent. This is on top of a similar loss on Monday. So far, it has been rejected at its prior peak. Said alternatively, it looks like a potential double top.

The high momentum/speculative stocks got hit really hard on Monday. Tuesday didn’t feel quite as bad. It seemed like the rest of the market was playing catchup.

The sector action wasn’t great. I suppose this isn’t a shocker based on the action in the indices. Some of the weaker, more dubious areas such as Aerospace/Defense began to break down to new lows. It appears that a top is now in place here.

Banks sold off fairly hard. Net net, they haven’t made much forward progress in over 3 months.

Some areas that just recently approached their old highs like the Drugs sold off hard. Like the Rusty, this gives them the appearance of a potential double top.

Biotech got creamed. This action on top of Monday’s slide has it stalling well short of its prior highs.

The Transports got hit hard but did manage to close well off of their worst levels.

About the only thing that glimmered yesterday was Gold (and Silver). They ended marginally higher. Both still appear to have put in a major bottom. Time will tell though.

On Tuesday I said that you can’t get too excited about one ugly day. Now we have two. So now what? A trend is made of like days. If we get more and more ugly days strung together then we have a top/downtrend to deal with. As usual, you have to take things one day at a time. A few ugly days followed by a recovery shakes out the nervous Nellies. It also sucks in and shakes out eager shorts. The recovery part is key though.

So what do we do? Avoid making drastic decisions at the first sign of adversity. Do honor your stops on existing positions. Do make sure that each new potential position is the best of the best. As I preach, a good offense is often your best defense. And, do make sure you wait for an entry on those potential trades. The honoring of the stops/waiting for entries is what creates the portfolio ebb & flow. Let the market tell you what positions you should stay with and what new ones you should take. Put your ego and fear aside and let the market decide.