Ps and Quack Are Fine But Will The Rest Join The Ride? – Dave Landry on Trading

Ps and Quack Are Fine But Will The Rest Join The Ride? 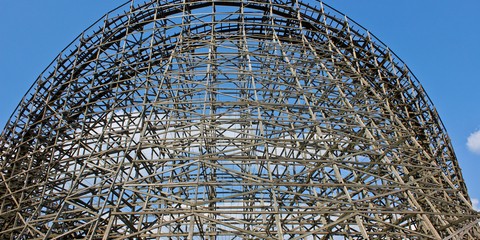 The Ps (S&P 500) gapped open like they were off to the races but that’s about all they did. Nevertheless, they did manage to hold onto nearly ½%—better than a poke in the eye, I suppose. The good news is that they aren’t too far away from all-time highs. And, as a trend follower, I certainly don’t want to argue with that.

The Quack (Nasdaq) had a decent day, gaining nearly ½%. This action keeps it above its March peak-so far, so good.

Yet again, the Rusty (IWM) remains the rub. It gapped nicely higher but quickly found its high and began to sell off. It did manage to hang on to just over ½% of those gains so, the aforementioned poke in the eye thing applies. Unfortunately, it remains below its March and July peaks. This keeps the potential double top in place. Also, it is taking on a First Thrust down appearance (which I hope does not work..ooops, did I say hope?). A few big up days would negate all this though. Again, this is why we take things one day at a time.

Backing the chart out a bit, the Rusty is virtually unchanged year to date. This action suggests that the gains this year have been mostly a big cap affair. It also helps to explain why it has been tough to catch trends in the smaller cap issues as of late.

Let’s look at the sector action.

Energies had a decent day. So far though, their longer-term uptrend appears to be losing some steam. Continue to keep an eye out for a potential Bowtie down here.

Again, keep an eye on other previously strong areas that are also losing momentum like the Chemicals.

Aerospace/Defense had a decent day but so far, a top appears to remain in place here.

The Gold & Silver stocks sold off but so far, a major bottom appears to remain in place here. It’s never an easy ride in precisions metals.

Metals & Mining overall have recently broken out of a 1-year base. Aluminum is leading the way here.

The Semis remain in a solid uptrend.

The REITS made new highs. I have a hard time getting excited about this sector but I suppose as a trend guy I could be forced in.

Drugs overall ended higher. Ideally, I’d like to see them take out their March peak decisively. Biotech remains a disappointment here. It gapped higher but ended flat on the day. So far, it has stalled well short of its March highs.

Again, for the most part, the market is hanging in there. Do keep an eye out on the aforementioned sectors that appear to be losing steam/topping. Ideally, I’d like to see things broaden out a little more than they are. Yes, the Nasdaq and S&P remain constructive but there’s more to the market than just those two indices.

So what do we do? Not much has changed just yet. If you take out yesterday’s gains, the indices really haven’t made much progress over the last couple of weeks. This action is reflected in the individual charts–I’m not seeing many setups. As I preach, it is important to listen to the database. And right now it is suggesting that I should sit on my hands and let things shake out a bit. In the meantime, honor your stops on existing positions. The good news is the Ps and Quack can bang out all-time/multi-year highs respectively, maybe the rest of the market will join in for the ride. For now, continue to take things one day at a time.