“Often Wrong But Never In Doubt” – Dave Landry on Trading

“Often Wrong But Never In Doubt” 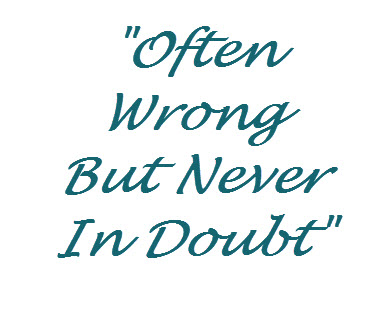 The only thing that scares me more than when a market does what it shouldn’t is when it does exactly what it should. So far, things are unfolding in a textbook manner. After breaking down from a base, the market has pulled back and stalled right at overhead supply-exactly where it should. This has created a First Thrust and Bowtie on the weekly charts-major sell signals.

Taking It To The Streets

A market can do whatever it wants. It really doesn’t care about you, me, or the guy who screams on TV. It just looks like it’s going to have a hard time getting through all of the overhead supply. It’s human nature. Those that bought during the range will likely be looking to get out at breakeven. The longer and farther we stay below the resistance, the more important it becomes.

People on the streets are now stopping me to talk about the markets—literally, while I’m out pooing the dog. I’ve also had to stop myself from jumping into market talk at checkout at the local mom and pop—truth be told, mostly out of fear that they would say, “Now, who the f’ are you?” The action on Wall Street has reached the man on the street. So, the resistance is relevant.

You haven’t heard me talk about the sectors much lately. That’s because they pretty much all look the same. Most have rolled over like the overall market and so far, they have only pulled back. There was a little flight towards safety recently—some buying of defensive issues such as the Foods but I don’t see this as a sign to get excited. If anything, I see it as concerning.

Last October, I wrote about how rats leave a ship. The speculative issues get torpedoed first.. “…Then, there is a flight to the perceived safety in the larger cap stocks. 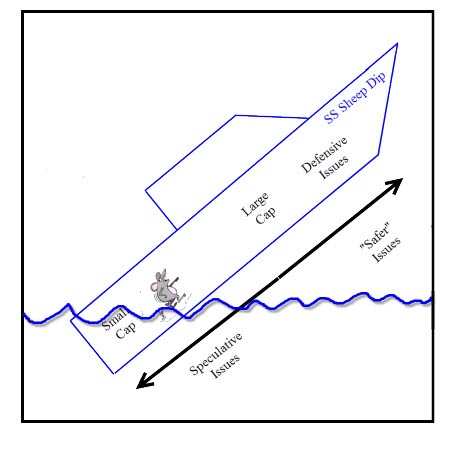 Finally, there is a rush towards the ‘so called’ defensive stocks—Utilities, Foods, etc… Unfortunately, as the name implies the ship eventually sinks.”

“Often Wrong But Never In Doubt”

I picked up a quote over the weekend from my good friends Karen and Adam. It pretty much sums me up. “Often wrong but never in doubt.” On the institutional side, a hedge fund manager once told me that well, you might be wrong but at least with you, you know where you stand.

In markets, you can’t be in doubt. You have to take a stand. Hamlet need not apply. Yep, you might be wrong but stops will take you out if you are. So what. Oh, I’ll still drop f’bombs but I know what I signed up for.

So, I was wrong last October but as wrote I in that column “How Rats Leave A Sinking Ship,” quoting Greg Morris, “We treat all sell signals as if it will be the big one.” You have to. You have to sell first—i.e. let stops take you out—and then ask questions later. 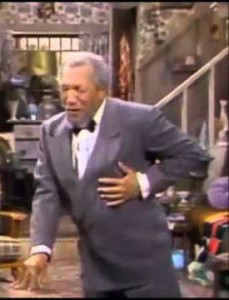 Provided that you use stops, I can’t imagine that you have many leftover longs. If you do, honor your stops on those. There are a few—“few” being the key word in this sentence–inefficient stocks that have seem to have shrugged off the recent weakness. For the most part though, you want to stay out of its way. The Energies and Metals & Mining look sold out but that in and of itself isn’t reason to buy here-wait for signals. On the short side, issues at higher levels that are just breaking down will likely provide the best opportunities. Unfortunately, the recent chop has left us without setups. Do continue to keep an eye out for shorts. Probably the best advice for now is to just stay out of its way. Is this the big one, Elizabeth? I dunno but I’m going to take it is seriously. I hope I’m wrong. At least I’m not in doubt.