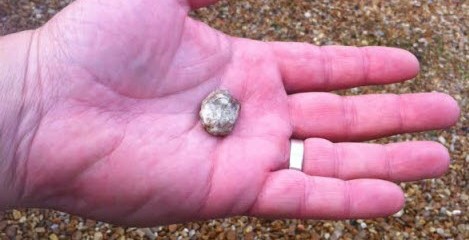 I like the fact that every time this market has a downtick the bears come out of the woodwork. If we were all shinny happy people holding hands—dang, now that stupid song will be stuck in my head for days—then who would be left to buy? Trends exist as long as people fight them.

The Ps (S&P 500) sold off fairly hard to challenge the top of their prior trading range, circa 2075. The good news is that it bounced off of these levels to recoup some of their losses. Still, they did close down nearly ½% nonetheless.

The Quack (Nasdaq) was a little more impressive on a relative basis, recovering to lose only around ¼% for the day. It has only pulled back slightly in its nice persistent uptrend. I’m going to walk you through this later today in the chart show and harp on the power of persistency. Be there or be square.

The Rusty (IWM) is similar to the Ps. Although it is a little stronger, it too has pulled back to test its prior base.

Getting back to doom and gloom, I try to avoid all news but I do get some through osmosis. Apparently, it’s pretty bleak out there–failing economies, nuclear weapons being built by people who will use them, and the Real Housewifes beating the crap out of each other in Amsterdam. All of this but somehow the market has generally worked its way higher. This is yet another testament to not confusing the issue with facts. And, if you ever do, go to donotconfusetheissuewithfacts.com (it’s one of my domains and it should bring you right back davelandry.com).

I’ve given up trying to outsmart the market or injecting logic a long time ago (that’s how I got the title Trend Following Moron). I’ll leave that to the Talking Heads—speaking of which, that reminds me of Byrne’s quote: “Nuclear weapons will wipe out all life on earth, if used properly.”

I do take a little heat for not following the news. Some simply think that I don’t give a sh*t.  Of course I care about nuclear weapons (AND THE SITUATION IN NIGERA!—inside joke for long-term fans) but sitting around worrying about it isn’t going to help my trading. In this job, you have to believe in what you see and not in what you believe. If I’m depressed about the news, I certainly won’t be buying any stocks. Focus on the charts. As I preach, what is, is.

With that said, most sectors are still looking pretty good and have only pulled back at worst. I’m digging technology now, especially Drugs and the Semis. Outside of Tech there’s quite a few other areas in serious trends such as Retail that could set up soon.

I still think the Energies are bottoming but that has been more of a process than an event. That’s just my opinion, I could be wrong. And, I was recently on Gold (wait, did a “guru” just admit that he was wrong? No way!). That reminds me of the scene in Wall Street: “…You sure went down the toilet on that ugly beeyatch.” Well, so what. If it goes on to bottom later in 2015, I’ll be there once again. We get paid to put capital in harm’s way. Sometimes it works and sometime “it don’t.” He who fights and runs away lives to fight another day.

All isn’t great in the markets. Bonds are still looking dubious. This means that rates are on the rise (duh!). So far, with the exception of interest rate sensitive areas such as the Utilities and Real Estate, most areas have shrugged this off. For how long, who knows? In the meantime, again,  we just continue to follow along.

So what do we do? I know it’s a little vain but I literally “liked” what I wrote in my column yesterday. So, since the song remains the same, I think I’ll cntrl-a/c/v: First, continue to err on the side of the trend as long as the breakouts in the indices remain intact. Second, again, make sure you that are picking the best stocks to begin with. Third, since the market has been a little soft lately, make sure that you wait for entries. I’m amazed at how many times that in and of itself can keep you out of losing trades. And, forth, as usual, honor your stops once triggered. Do these four things and do them well Grasshopper and you’ll soon be snatching the pebble from my hand.