Money In The Corner – Dave Landry on Trading

Money In The Corner 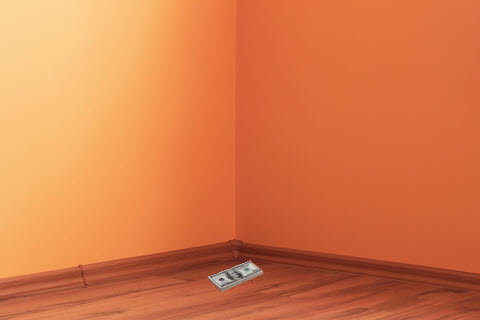 As I have been preaching, it’s important to wait and not anticipate when a market is stuck in a range. At the bottom of the range things will look a little a little ominous. With that said, on Friday, the Ps (S&P 500) sold off hard to close near the bottom of their range. And, as mentioned on Monday, my inbox turned decidedly bearish over the weekend. Don’t get me wrong, it was ugly. However, again, it’s important to wait and not anticipate.

On Tuesday, the Ps probed lower to challenge the bottom of their trading range but promptly reversed to close well, gaining 1 1/3% for the day. The Rusty (IWM) and Quack (Nasdaq) weren’t quite as strong but put in somewhat similar performances.

Where does this leave us? The short answer is stuck in a range. The big arrow continues to point sideways. So, what’s a trend follower to do? Not much. It is okay to think and map out possible scenarios but don’t act until the market tips its hand. Remember, as a trend follower, we will always be a little late to the party.

If you’ve been trading for more than a day, you’ll know that if you lose 10% of your capital, a subsequent 10% gain will not get you back to breakeven. The recovery numbers worsen geometrically as losses mount. Not losing money by not trading in less-than-ideal conditions is hard to quantify. No one pats me on the back saying “Big Dave, I can see that I would have lost a lot of money trying to trade in this chop. And, it would be a struggle to get it back. So, thanks!” Instead, they ask and ask about what action can be taken. There’s got to be something we can be doing! Nope. Do nothing unless there is something to do.

Well, the Gold and Silver stocks still look decent. So, there’s something. Other than that though, there hasn’t been a lot of action that should be taken.

I suppose that you could be following along with the REITS. The problem is that the volatility is low so it’s difficult to get a decent move out of them. Further, something bad could still happen. I did an entire presentation on understanding volatility back in December. Watch it here on Youtube.

Looking to the other sectors, things improved tremendously but I hate to read too much into things as long as the overall market remains stuck in a sideways range.

It was good to see Banks bounce—up 2%—but they still look dubious longer-term.

Again, let’s not read too much into the action.

I think patience is probably the best virtue for a trader. To those who know me, please bear with me while I tell one of my favorite anecdotes yet again: I was once asked to join a project where I would recommend trades. I told the project leader, Peter Mauthe, that I might not be the best guy for the project since there would be times when there would be nothing to do. He told me that I was exactly what they were looking for. He then said something that I’ll never forget: “Don’t invent trades.” I sat patiently for months and didn’t recommend anything. This wasn’t the easiest thing to do because the way the project was structured, only those that contributed got paid. Something wonderful then happened. The stars began to line up and great positions began to present themselves. I felt like Jimmy Rodgers in Market Wizards when he said “I just wait until there is money lying in the corner …and all I have to do is go over there and pick it up. I do nothing in the meantime.” One of the project participants later told me, “Man, you were on fire during that project!” I’m flattered but all I really did was wait until I saw some money lying in the corner.

So what do we do? Well, other than the aforementioned Gold and Silver stocks I don’t think that there’s a lot of action that needs to be taken.  At the risk of preaching (I know, too late), be super selective on new positions.  Do you really think you have the mother-of-all setups? Something that can trade independently of this stupid sideways market? Yes? Well, take it! Just make sure you wait for an entry.