Miffed? Drop An F Bomb and Then Get Back To The Charts – Dave Landry on Trading

Miffed? Drop An F Bomb and Then Get Back To The Charts 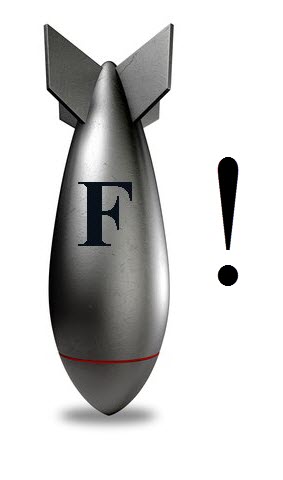 If you’ve been reading my web based commentary for the last decade or so, you know that I avoid news and especially politics at all cost. So, I don’t want to get into rants about the Fed. There are plenty out there fighting that good fight (e.g. my brother from another mother Gary Kaltbaum, keep up the good fight Gary!) I do feel that I’d be remiss if I didn’t say a few things. I am frustrated that they did some jawboning and then came back with never mind. This can really muck up the markets. With this sort of “just kidding” type of action, they will eventually lose credibility (I know, “credibility”, LOL). The other problem I discussed in yesterday’s webinar. Quantitative easing has been akin to a drug (borrowing the analogy from Rob Hanna). At first, it just took just a little to get the market moving. Subsequently, it has taken more and more to move the markets.

So, why am I’m bothering to get this off my chest? Yes, I’m miffed that my perfectly good shorts were decimated. It’s bigger than that though. I am a champion of  free markets. No one is bigger than the markets longer-term. Sooner or later it is going to end badly. And, this would be must worse than if the markets were allowed to trade more freely.

It’s now time for me to stop thinking too much and get back to the trend following moron you’ve grown to love and respect. Other than dropping an F bomb or two about the aforementioned manipulation, it’s back to the charts for me. I don’t really care why the market is going up-as long as it can follow through.

As discussed in yesterday’s webinar, I’m concerned about the action in the bond market. The rate of change in rates is alarming. When a bond market implodes return of capital becomes more important than return on capital.

The Ps closed at all-time highs. Ditto for the Rusty. The Quack closed at decade plus highs.

As a trend follower, I can’t argue with new highs. So, do we jump in with both feet? Settle down Bevis. The market is very overbought at this juncture. As I have been preaching, overbought markets are difficult to trade. If you buy them, they correct. If you don’t, they become even more overbought. I think the best action remains to continue let thing shake out. If this is the beginning of a longer-term rip roaring bull market, then we’ll have plenty enough time to get long along the way. Also, because the methodology requires a pullback, I’m not seeing many meaningful setups just yet anyway.