Markets Go Up And Markets Go Down..So Why Are You Surprised? – Dave Landry on Trading

Markets Go Up And Markets Go Down..So Why Are You Surprised? 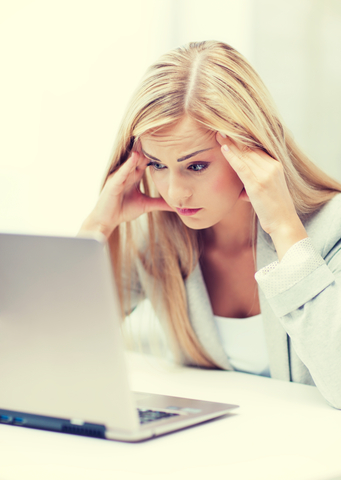 Markets go up and markets go down. Your initial reaction is probably “duh” but how many times have you screamed at your screens when it does something that “it shouldn’t?” As mentioned in my last column, the market will often do what it has to do to frustrate the most. The market made a new high last week, suggesting that it was the “all clear.” It then sold off hard coming into this week. This left many thinking that this is it, “the top.” So what happens next? The market goes straight back up and then shrugs its shoulders, ending virtually unchanged.

You have to be careful not to get too close or emotional. If you try to make something out of every zig and zag you’ll find yourself chasing your own tail. Sometimes the market just has a bad day. Yes, it looked a little ominous on Tuesday but the market snapped right back. It won’t always do this but keep in mind that tops are usually more of  a process than an event. Watch my latest Week In Charts. In it, I took at look at all the major tops over the last 100 years.

Logic Does Not Often Apply

I often tell the story of my good friend Dick Fruth, money manager and author of Discovering Growth Stocks and Anticipating Parabolic Moves

. Before managing millions and millions of dollars, Dick had very humble beginnings as a broker. Way back then, many actually delivered the stock shares that they wanted to sell. Unlike the other brokers who just took the orders, Dick would take the time to get to know the client. He quickly discovered that people more-often-than-not sold shares for reasons that had nothing to do with the stock or stock market itself. They sold because they were getting married, divorced, buying a house, had a tax bill, or simply because they owed someone money. In the process, he also discovered that at least one individual actually had a strategy for buying and selling. In this fast moving electronic age it’s easy to forget that there are still people behind the price bars. I often quote this gem given to me by Tom McClellan: ‘As for quotes, here is another one from my late mother Marian McClellan regarding market timing.’ “Everyone uses timing in their investing. Some people buy when they have money, and sell when they need money, while others use methods that are more sophisticated.”

So What’s The Point?

The point is that a market is made up of participants and those participants aren’t always logical. We can read the charts to get a good idea of what they might be thinking but we never know for sure. And, even if we did, there’s always a chance that they might change their mind. Forget about trying to outsmart the market and simply follow along.

So How Do You Do That?

I know it’s cliché but you have to pick the best and leave the rest. Is the stock in a sold established trend or is a new trend emerging? Is the trend accelerating or decelerating? What is the net net change? Is it higher than it was a month ago? Lower? Or, about the same?  Does it tend to persist in its trend? In other words, does it tend to go up day after day? Or, does it just look like an electrocardiogram? Watch the following video for more on all of this:

Once you find a stock that you think really has potential, take a look at the representative sector. Also look at stocks within the sector to see if what you are seeing is confirmed by other stocks. And, while doing so, notice if your stock has any sexy sisters or brothers that look even better. If after all this you think you have the mother-of-all setups, then weigh this against the overall market conditions. If the market is going in the opposite direction or just plain sideways-like lately—make sure you really have something that is so good that it can rally in spite of this. So far this year, we’ve been blessed with such stocks. We’ve caught decent trends in the Energies, Steel & Iron, IPOs, second tier Chinese stocks, and Latin America. These stocks have moved nicely higher even though the overall market has been stuck in the doldrums.Unfortunately, some of these trends may be coming to an end. No worries! We get paid to trade. Trade is the key word in that sentence. Stops are taking us out of some of these trends as they end. And, stops are keeping us in some that might not be done just yet. Instead of letting this success go to our head and forge ahead, now might be the time to patiently wait for the next opportunities.

After all was said and done, a lot more was said than done. The Ps (S&P 500), Rusty (IWM), and Quack (Nasdaq) ended pretty much in flatsville.

The keeps the Quack and Ps stuck in a range but just shy of all-time highs.

The Rusty still looks questionable but as long as it can hold not too far away from all-time highs I’m not going to lose any sleep.

In the sectors, the Energies have been sliding as of late. It’s too early to tell if this is just a major correction or if they will go back to revisit their old lows. Honor your stops just in case.

Speaking of commodities, Steel and Iron remain weak. And seriously, what good is weak steel? It looks like they are on their way to their old lows.  This has forced us out. Better than a poke in the eye, I suppose.  Next! Again, we get paid to trade.

With the market stuck in a stupid range, so are many sectors such as Defense, Automotive, Hardware, Non-Durables, Financials, Retail… I can go on and on but I don’t want to bore you. Too late?

There are a few areas that have been probing new highs like Drugs and the Semis. Again, for the most part, most are stuck in ranges like the market itself.

Now’s the time to pick your spots carefully. Sometimes the best new action is no new action, especially with the market stuck in a range. The good news is that since it has been range bound for so long, maybe it’s time to trend again—even in the face of the looming summer doldrums? As usual, honor your stops on existing positions. He who fights and runs away lives to fight another day.