Market Hangs In There-Therefore, Continue To Follow These 3 Easy Steps 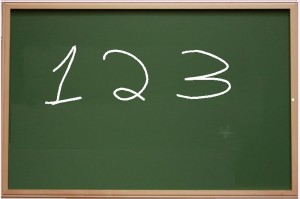 The Ps and Quack dipped early on but reversed and recovered to close the plus column. The Rusty also reversed but didn’t quite make it back to green.

The indices have lost a little steam as of late but continue to hang in there. In fact, the Ps and Rusty are just shy of all-time highs and the Quack is just shy of multi-year highs.

Trading action was mixed internally. Some areas pulled back (e.g. Banks) while others managed to break out to new highs (e.g. Drugs). In general, most sectors recovered after dipping like the market itself.

Overall, Friday scores as a positive.

I still like the action in commodity related areas such as Oil, Gold, Silver, and the Rare Earths.

Again, the market is hanging in there. Ideally, I’d like to see new highs and beyond. Until/unless that happens, we’ll have to keep an eye on things to make sure we don’t end up in a choppy & sideways summer doldrums sort of pattern. You know the routine, take things one day at a time—so far, so good.

So what do we do? I think the plan remains the same. First, be selective. This isn’t a market where you can throw darts and look like a genius. Pick the best of the best and leave the rest. The good thing is, certain areas like the aforementioned commodities can trade contra to the overall market. Second, wait for entries. As I preach, that in and of itself, can often keep you out of new trouble. Again, I’ve had several potential buys drop like a stone lately. The good news is that they didn’t trigger. No harm done. No trigger, no trade! Third, since no one knows exactly what a market will do next, honor your stops once triggered. If things work out, take partial profits and trail a stop higher.