Market Hanging In There–But Wait For This On New Positions 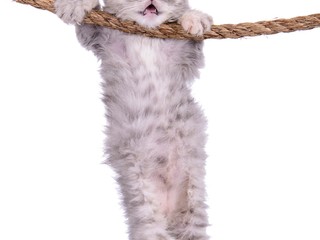 The Ps (S&P 500) started weak but recovered to close off of their worst levels. Unfortunately, they weren’t able to make it back to the plus column. For the day, they lost .17%. So far, they remain just above the July peak. Ideally, I’d like to seem blast past this levels (circa 1990) and not look back for a while.

The Quack (Nasdaq) also started weak but managed to erase some of its losses. For the day, it lost just over ¼%. So far, its breakout remains intact and it remains just below 14-year highs.

The Rusty (IWM) was also able to recoup some of its earlier losses but still ended ½% lower. In general, lately it has been climbing higher from its July spill.

The sector action was mixed as you would expect based on the indices.

Most continue to hang in there, remaining in uptrends and/or near their old highs.

Utilities had a good day. After a recent sell off, they appear to be working their way back towards their old highs.

All wasn’t great in the world though.

Banks appear to be stalling after just hitting new highs.

Metals and Mining continue to look questionable. They began to break down in earnest on Thursday, losing just over 1 ½%. I’m not seeing any short side setups here just yet but we will likely see some on continued weakness.

The Transports are hovering near their old highs but seem to be bumping up against some resistance at their July peak.

In general, the market remains healthy. Again, ideally, I’d like to see the indices and sectors blast to new highs, not look back for a while, and then have an orderly correction.
As I preach, take things one day at a time. With another flat day, not much changes. However, if we continue to have flat to lower days, they we’ll obviously have to reevaluate things.

So what do we do? The market is hanging in there but since the methodology requires a pullback, I’m still not seeing many meaningful setups. Considering this, the plan remains the same, honor and trail your stops on existing longs and wait for new setups before looking to add. In general, the tape has been strong as of last (sans the last couple of days), so don’t fight it. And, since the tape recently has remained strong, continue to put together your momentum list for the next pullback.