Love The Trend That You’re In – Dave Landry on Trading

Love The Trend That You’re In

I woke up thinking that I haven't had time to do a newsletter in a while and if I did one, it would be just videos from the recent Week In Charts. I then begin to think, maybe there's some content on the back end that's still relevant. This is what I found from 2014-the last time the market was getting a little iffy. Other than a story about an ex-girlfriend and some fixed grammar, the column is nearly verbatim:

It’s been said that if you can keep your head while everyone else is losing theirs then you obviously don’t know what’s going on. Maybe I’m losing it but the market action sure seems normal to me. This doesn’t mean that I haven’t dropped a few F-bombs along the way. It is just that this has been one of the most orderly rollovers that I’ve ever seen. It’s been fairly cut and dry lately. The market began selling off. Longs began stopping out in the model portfolio. The market sets up as a sell signal. Shorts began triggering. We rode the market down (note, this time, it did take a bit of discretion to hold on--see the last 2 Dave Landry's The Week In Charts). The market is now retracing. Leftover longs, okay “long”—we have just one left, has come back a bit and the shorts are backing up a bit, with one stopping out at a profit. It has been a beautiful thing. Trust me. It doesn’t always unfold in such a wonderful textbook manner. Since the ’09 lows, there have been several false signals and a lot more F-bombs. 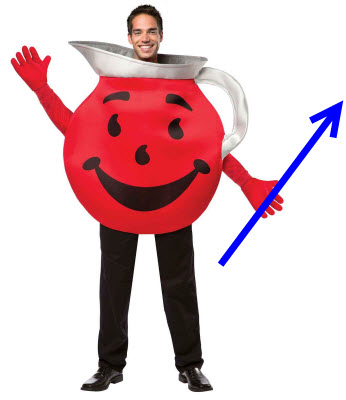 Markets go up and markets go down. Now, before you say “duh,” you’d be surprised at how many people think they just go up. Those who drank the Koolaid over the years have been led to believe that they always go up. They don’t. If you don’t believe me, then look at the Ps (S&P 500) in the ’08 bear market. They lost over half of their value and unfortunately, so did the vast majority of the funds who just blindly followed the market lower. Warning, shameless plug ahead: read The Layman’s Guide To Trading Stocks for even more convincing facts about the markets ups and downs (fyi, you can get it free during your 1st month as a member of Dave Landry.com). 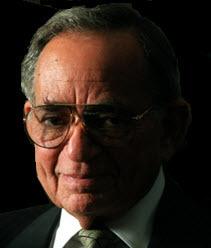 Leo Melamed, former chairman of the Chicago Mercantile Exchange (CME), once said “be a lover, not a fighter” when it comes to trends.

Again, just know that markets go up and markets go down. If they appear to be rolling over, then you have to get out of the way. As I preach, “he who fights and runs away, lives to fight another day.” You can then get onboard the downtrend and you might just be able to profit from it.

Love The Trend You're In

Now, don’t be me wrong, I’d love an eternal bull market. Life is much easier when the market just chugs along. The short side is prone to vicious retrace rallies, there’s logistics involved, in theory your profits are limited to 100% per position, and you feel a little guilty (just a little) while everyone is pissing and moaning at cocktail parties while you just had a couple of good weeks. It’s funny, I’ve fielded a few calls lately from friends and family asking if I’m okay. I’m fine, well at least when it comes to the markets.

If I Had My "Rathers" 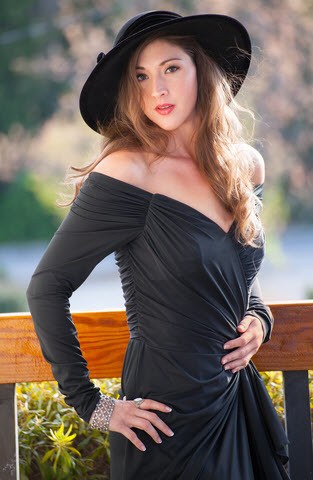 I once dated a Southern Belle. When I'd ask for her opinion on something, she'd say, in a thick twangy southern accent: "If I had my rathers." I'd soon find out her "rathers" didn't include me-or her 4 other ex-husbands, for that matter, but I digress. Where was I? Oh, If I had my “rathers,” I’d rather not have to short. However, as trend lovers, we need to play the hand that’s dealt. I play the short side because it helps me to see both sides of the market. Those who are long only always seem to have an excuse as to why the market will recover. When you play both sides, you see the signals. You have no bias—other than the bias of your signals.

So, Where Are We Now?

Believe in what you see and not in what you believe is the mantra that I often preach. With that said, I think the damage has been done. Recovery at this point will not be easy. Most sectors have imploded as of late and so far, they have only retraced a bit.

So, What Do We Do

So what do we do? (completely unedited) Well, if you haven’t gotten out of the way yet, then make sure you honor your stops on any leftover longs. The markets will always be there. There will be other buying opportunities in the future. That’s one of the few things that I can guarantee. Obviously, avoid the long side while the market is poised to continue its slide out of a pullback. Look to load/reload on the short side. At this juncture, early in the major cycle—I’d prefer stocks that are just coming off of major highs, like the market itself. I prefer this as opposed to the numerous stocks that have already had a 50% haircut. My thinking is that the bigger they are, the harder they will likely fall. As usual, just make sure the signals are there and you wait for entries. And then, once triggered, honor your stops.

I guess the point I'm making in republishing this column is that you do what you always do when the market is getting questionable. Money management will take you out of trades when the tide is turning.  And, what is, is: If you can't be in the trend you love, love the trend you're in!