Look To Buy With One Caveat, Plus, Big Dave’s Predictions For 2015 – Dave Landry on Trading

Look To Buy With One Caveat, Plus, Big Dave’s Predictions For 2015 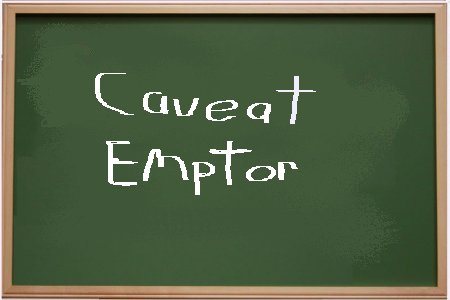 Last night, I told my peeps on my trading service that I would like to “have my cake and eat it too.” I’d like for this market to correct enough to scare out some nervous longs and attract a few eager shorts but to do this without taking us out of existing positions in the process.

Markets are driven by emotions. Fear of missing out (FOMO) forces players to buy at higher and higher prices. When the market corrects, pressure is put on these players as their profits evaporate or worse, turn into a loss. Once these players are shaken out and some eager shorts are attracted, the market can then go back to the process of making new highs-rinse and repeat. It’s not always that cut and dry but that’s the gist of playing pullbacks.

Speaking of FOMO, in yesterday’s panel for TimingResearch.com the panel members discussed the fact that with low interest rates, stocks might be the only game in town. My 2 cents added to that was that if your benchmark is headed higher, you might be forced to get on board or risk being left behind.

Markets are irrational and rarely rational but sometimes they can be very irrational. The internet has been buzzing about the fact that the Ps (S&P 500) have closed above their 5-day moving average for a considering amount of time. This 29-day streak (30-days for the 5-day exponential average) came to an end on Friday for the simple average/Monday for the exponential.

The market is now officially in correction mode.

The Rusty (IWM) lost another percent and a half. While the Ps and Quack only appear to be pulling back, the action in the Rusty is concerning. It’s not the end of the world but 3% in two days is significant. So far, it has only returned to the bottom of its short-term trading range. It’s important for this level to hold, circa 114.

Gold the commodity, which imploded on Friday, came roaring back on Monday. It is now higher than it was before Friday’s debacle. The Gold stocks also came back but weren’t quite able to recoup all of their losses. I think it’s way too early to start bottom fishing here but it is good to see the sector beginning to wake up.

Speaking of Gold, lately in interviews I’m getting asked quite a bit about what 2015 will bring. I think predictions are tough, especially about the future (Yogi). Seriously, anything other than a short-term outlook is pretty much worthless. As my disclaimer (stolen from Greg Morris) says: “All predictions are about the future and a lot of stuff can happen between now and then.” Anyway, forced to pontificate on the airwaves, I have been saying the laggards of 2014 will likely be the leaders of 2015 (and unfortunately, vice versa). So, I’ll be watching Gold along with Silver and other beat up commodity related areas such as the Energies. When will they bottom? I dunno. Maybe on June 15th, around noon. Seriously, just watch for First Thrusts, Bowties, and other emerging trend patterns next year. Be prepared for a few fake outs and shake outs along the way.

Getting back to current markets, although some areas got whacked a bit like the Banks, most areas remain in decent uptrends and so far, they only appear to be pulling back. For the most part, this action is beginning to create buy side setups.

So what do we do? I think the pullback is healthy for the market. Hopefully, (oops, there’s that word) it won’t be too painful for us trend followers who are already long. The good news is that it already has created buying opportunities. I’m starting to see a few setups popping up, especially in technology. I suppose this isn’t a shocker with the Quack itself beginning to set up. Just make sure you wait for entries. That in and of itself can often keep you out of trouble if the market decides to keep on correcting.