Let The Market Come To You – Dave Landry on Trading

Let The Market Come To You 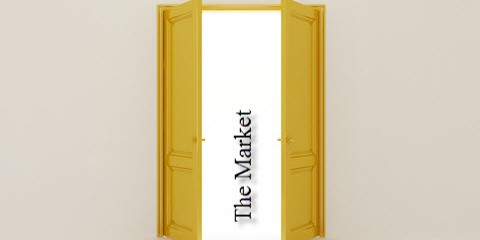 The Ps probed higher before coming back in. They still managed to end in the plus column and this is enough to keep them at all-time highs.

The Quack started strong but reversed to close lower. This action forms an outside day down. I’m sure the candle people are concerned about the pregnant lady with a baby Sumo wrestler. Me? It’s just one day.

The Rusty (IWM) also gapped higher but reversed. For the day, it ended flat.

The sector action was mixed.

The Banks continued to forge ahead. They are approaching their previous highs.

Some areas such as the Semis, Transports, Restaurants (my favorite! Not for trading but because I like to eat), and Internet.

All wasn’t good though. Drugs and Biotech got hit hard. It will be important to watch these prior leaders as possible “Canaries in the coal mine.” If they do fail, it won’t necessary be a signal in and of itself, but it will be cause for concern, especially if other previously stronger areas join in the fray.Do use caution here if you are going after those who are in extended trends. It could be possible that they are “priced for perfection.” (see recent chart shows)

Gold and Silver got a bit of a bid. They appear to be attempting to rally out of pullbacks. I still think the mother-of-all bottoms remains in place here. Again though, it has been more of a process than an event.

The rest of the world looks pretty good based on the EFA shares. They gained over 1% to close at multi-year highs.

For those keeping score, Bonds (TLT) have been slipping a bit as of late. The appear to be bouncing off of resistance. So, we could see a blip up in rates.

So what do we do? I think we are in a listen to the database kind of market. And, right now, other than a few Gold & Silver stocks, it is not producing much. Therefore, focus mostly on existing positions vs. going after new ones. Let the market come to you.