Let It Be – Dave Landry on Trading 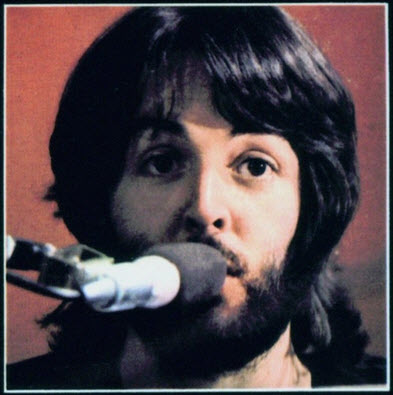 Let It Be album cover, by The Beatles, Source: Wikipedia

I was fortunate enough to hook up with some old timers early in my career. These people have been around the block a time or two. Although I think I had a good grasp on the mechanics of things (which is why I was hired), I hadn’t fully grasped the psychological side—and let’s face it, do we ever? At one point, the market was turning down. I watched a trader not only exit his longs but he began to establish positions on the short side (ironically, some of which I helped to find). Like a deer in the headlights, I watched this unfold as the profits in my longs not only evaporated but turned into losses.

The second great thing in my career was when I started my educational business. Seeing mistakes constantly being made was a constant reminder of what not to do. It has also provided me with a few epiphanies throughout the years. I had one such epiphany last week. I began to think, a stock’s days are numbered as soon as they enter my portfolio. They are either going to bless me with a gain or piss me off with a loss. Either way, once they hit the stop, they are gone.

I received an email or two yesterday from people that were in a bit of a panic. First of all, if you’re using stops, then most of your longs should of stopped out by now. We had two left at the start of yesterday in the model portfolio and one stopped out, fortunately at a gain-“so long and thanks for all the fish.” The other long had a slight down day and the three shorts paid off nicely. It was a good day. I’m not bragging or being Schadenfreude, I think it makes for a good lesson. Let the ebb and flow control your portfolio. If your longs are stopping out, then, speaking words of wisdom, “let it be.”

Reversion to the mean trading suggests that you buy low and sell high. Unfortunately, no one knows what  “low” is. Oversold markets can always become even more oversold. And, that’s exactly what happened on Monday. On a micro level, the mid-morning rally likely attracted some bottom fishers and gave the buy and hope crowd a minor sigh of relief. When the market turned back down late in the day, it put the heat on these players.

The recent market action shouldn’t come as a surprise. We had quite a few signals. The market made a double top and had back to back “second mouse” Bowites—see recent commentaries and watch last Thursday’s Week In Charts. I think it is so important for everyone to learn to recognize these patterns that this one’s on me: Watch it for free on my Youtube channel. After you view it, study major tops throughout history—not just in stocks, but also in bonds, Forex, and commodities. I think you’ll be impressed that signals were there.

“It’s different this time” has ruined more fortunes that any other words in history. Yes, the market has defied gravity since 2009—and the sell signals since didn’t work, at least not in a big way–but that doesn’t mean that it’s different this time. When sell signals come along, you take them. When stops get hit, you honor them. And, “if you get tired, pull over; if you get hungry, eat something.”

Let’s look at the market.

After the aforementioned fake out, the Ps (S&P 500) sold off hard, losing well over 1 ½% for the day. This action takes out the August lows and 200-day moving average decisively. It also has the index pushing well into the March-May support.

The Quack (Nasdaq) is an oxymoron—it is pretty ugly. 4,000 looks like the next stop here.

The Rusty (IWM) “only” lost .40%. However, it’s already 13% off of its high—a similar move in the Ps would put them at 1750, yikes! The Rusty is now well below its major wide and loose range. Stranger things have happened but it will likely have a very difficult time getting back through that range.

The sector action remains abysmal. Most remain in a freefall. The Semis are a good poster child here.

About the only good thing that I can say is Gold and Bonds got a bit of a bid. It’s good to see a little flight to safety. In markets, you don’t want to see everything sold. This would mean that we have gone into complete liquidation.

So what do we do? Well, it is too late in this cycle to establish new shorts. Wait for the next bounce. Do take partial profits as offered and trail your stops lower. Continue to avoid the long side for now. Wait to see if sectors that are already scraping bottom can begin to rally and set up before looking to take new action here.