Keep Your Head While Everyone Else Is Losing Theirs 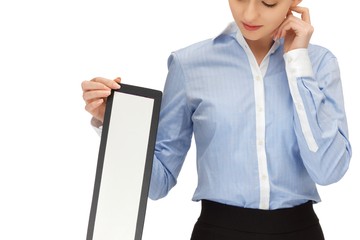 It’s hard to keep your head while everyone is losing there’s but that’s exactly what you have to do on big opens. Everyone often rushes to the door at the same time and then asks, “now what?”

The selling often exhausts itself quickly. Trust me, the guy buying up the stock is going to do it as cheaply as possible. You want out? Yeah buddy, so does everyone else so it’s going to cost you. And, he doesn’t want to get caught holding the bag. Feel free to “read into” that. Anyway, before I digress too far, the point is that you have to cool head during the panic. If prices quickly reverse, you can stay with your existing positions and even possibly fire off an intra-day trade just for S&Gs (i.e. fun). You also have to be extremely careful about entering new positions when your entry price has been gapped through.

Let’s look at the action.

The Ps (S&P) gapped sharply lower overnight. Why? I have no frigging idea. Read my lips, I ignore the news. However, they quickly found their lows. They didn’t quite make it back to black but it was an impressive reversal nonetheless. Watch Thursday’s chart show (this one is on me) for more on this (or plot the intra-day SPY). So far, they have only pulled back and the longer-term uptrend remains intact. My only concern is that have lost a little steam on a shorter-term net net basis. Hopefully, this isn’t the summer doldrums beginning to set in.

I get my news through osmosis. And, yesterday some of that news seeped in. I was on the Winning On Wall Street radio show with Marc Mandel. He talked about all the bears out there. That’s a good thing. The more that get trapped on a reversal like Thursday’s, the better.

The Quack (Nasdaq) gapped down. This action put it below its March peak. However, it quickly found its low and began to rally. It also didn’t make it back to black but like the Ps, it was an impressive reversal nonetheless.

The Rusty (IWM) also had a nice reversal but still ended down over 1%. So far, it has a double top look too it. It’s important for it to rally soon.

Some areas have lost steam but for the most part, the sector action remains constructive. As usual, take things one day at a time. Additional weakness in the Rusty would be concerning.

So what do we do? The recent sell off and loss of momentum in the indices/many sectors has created some choppy action in the charts. Again, I hope this isn’t the start of the summer doldrums. I’m not seeing many setups. As I preach, it is important to listen to the database. And right now it is suggesting that I should sit on my hands and let things shake out a bit. In the meantime, honor your stops on existing positions.

P.S. IPO webinar tomorrow (Note: Course has been completed, watch the intro video here).  For much less than one losing trade, I’ll show you how to catch big winners.