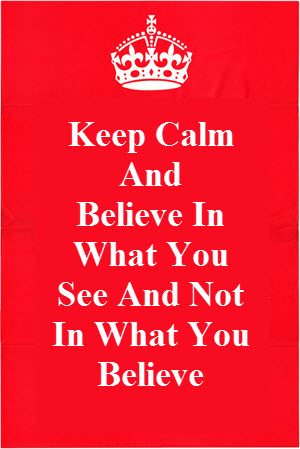 Over the weekend, my email inbox turned decidedly bearish. “This is it.” “We’re done.” “What are we going to do?” You would think that the world has come to an end and a bear market is a fait accompli.

Do honor your stops. He who fights and runs away lives to fight another day.

Do be selective. You’re fighting a choppy sideways market. Make sure you have the mother of all setups that you think can ignore the sideways indices. Right now the only things that fit that bill are a few very speculative stocks and the Gold & Silver stocks. Other than that, there’s really not too much to do. Remember, you can’t catch a tan when the sun isn’t shining. And, you can’t catch a trend when there is none.

Again, I’m not saying that all is well. It is not. It’s just not the end of the world–just yet. Always remember as trend followers we will be a little late to the party. We have to wait and not anticipate.

The Ps (S&P 500) lost nearly 1 1/3%. This action has them nearing the bottom of their trading range. Everybody and their brother is watching 1975. This corresponds roughly with the December lows and the 200-day moving average. My gut is that we probe this level, the shorts pile on, and when the market doesn’t implode, they scramble to cover and then we go on to new highs. Now, keep in mind that’s just one scenario. It’s good to come up with a few scenarios so that you’re not totally surprised. However, you must always believe in what you see and not in what you believe. Let things unfold. If it does get uglier, then stops will take us out of existing long positions with the possible exception of the golds and silvers. No new longs will likely present themselves. On those that do, they won’t likely trigger—entries will keep us out of new trouble. And, we’ll start seeing some potential shorts.

Don’t try to outsmart the market. Just follow along.

The Quack (Nasdaq) probed higher but reversed to close poorly, losing just over 1% for the day. It too remains stuck in a sideways range.

Speaking of ranges, the Rusty (IWM) remains the poster child for ranges-both shorter-term and much longer-term. For the day, it received well over a 2% haircut. This action reflected what happened internally. It wasn’t pretty.

The Banks remain my biggest concern. They broke down to multi-year lows. If you back the chart out, you’ll see that they have a long way to fall should this slide continue to materialize. Their Financial brethren (XLF) aren’t looking so hot either. They continue to slide out of a pullback and have now closed below their 200-day moving average.

Crude had the mother-of-all bounces. It’s way too early to call a bottom here but it does appear that the descent has slowed. I’m not a big fan of trading efficient markets but I think emerging trend patterns here and in markets like the Dollar—which would be a double whammy for a Crude rally when it tanks, might be worth watching for.

The Energy stocks bounced a bit. They still appear to be bottoming but don’t rush out and buy just yet because it appears that it will be more than a process than an event—like Gold in late 2014.

Speaking of Gold, both Gold the commodity and Gold the stocks had a decent day on Friday. Continue to look for buying opportunities here. Ditto for its crazy cousin Silver.

Some of the stronger areas like the Drugs are now losing steam.

Again, it’s not pretty but it’s also not the end of the world.

So what do we do? The song remains the same. It’s okay and advisable to come up with plausible scenarios but don’t act upon them. Let things unfold. Again, if things worsen then stops will take your out and being selective/waiting for entries will keep you out.