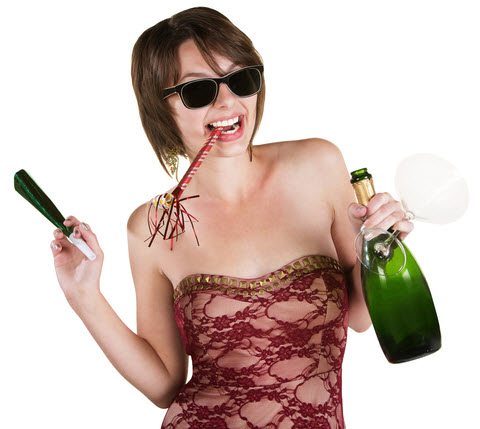 The Ps (S&P 500) ended off their best levels but in the plus column nonetheless. At this height, the tinniest of up moves keeps them at all-time highs.

A milestone has been reached. I guess I’ll “Sharpie” Ps 2000 on a piece of tape and place it over my stupid Dow 10,000 hat. Remember when everyone was partying like it was 1999? For you youngsters, they tossed out Dow 10k hats. They would perch up in the little box where the gavel is with their little hats ready to toss out. Occasionally, some zealous “tosser” would toss out a hat at 9998.9. When the Dow failed to close about 10k, they’d scurry back in, only to show up 23.99 hours later. It was comical but I guess you had to be there.

So where am I going with this? It’s a just a number. Let’s not start kissing each other just because the market reached a milestone. Yes, I’m glad we’re at new highs but it’s never the “all-clear” when it comes to markets.

The Quack (Nasdaq) tacked on a little more than ¼% and that’s more than what’s needed to keep it at 14-year highs.

As I have been preaching, for me to feel good, I’d like to see all three indices, the Ps, the Quack, and the Rusty (IWM) all make new highs. Well, in spite of a flat-ish market (basis the Ps and Quack), the Rusty ended up nearly 1%. As I have been saying, if it keeps pulling back and pulling back, sooner or later it becomes more than just that—so far, so good.

Again, don’t get me wrong, I’m very happy that we are making new highs. As a good little trend follower, I’m just going to follow along. My concern is that one of these days it is going to end badly. I guess there’s always something to worry about. I still think we could enter a blow off type of move where performance anxiety forces those left behind in. This would be a beautiful thing. If it happens, I’m going to enjoy the ride until it ends and then say “so long and thanks for all the fish.” The point I’m getting to is that if you are a good trend follower, you follow along. What is, is. Enjoy it while it last.

Someone recently emailed me showing me a theory that it could last for a long time. That’s fine with me. Predictions like this can be dangerous though. This type of analysis hints of the most dangerous phrase when it comes to markets:

I really enjoyed listening to Covel’s interview with my buddy Greg Morris. Greg touched upon a lot of important concepts when it comes the markets. Many of which I hinted about above. Predictions, understanding that they can go down, etc.. Greg will give you 100% of your money back if not satisfied.

With a strong Rusty and the other two indices at new highs, as you would imagine the sector action continues to improve. There are a plethora of areas that are making new highs so I won’t bore you by listing them all. There are some areas like Foods, Utilities, and Transports that are stalling at or shy of their old highs but the number doing well trumps that. Said alternatively, the breadth is good.

So what do we do? Nothing changes at new highs. Again, “don’t fight the tape” and “what is, is.” Yesterday, I was searching Reminiscences for a specific quote for this column but couldn’t find it. I did stumble across quite a few useful other worthy ones such as “Men who can be both right and sit tight are uncommon.” Considering this, on existing longs, sit tight and enjoy the ride. Do trail your stops higher. Again, since the methodology requires a pullback, there aren’t a lot of stocks setting up. The good news is on follow through and a pullback we’ll see a plethora of new setups. Therefore, get ready to get ready. Continue putting your momentum list together.