It Is The Market Behind The Mask That Scares me 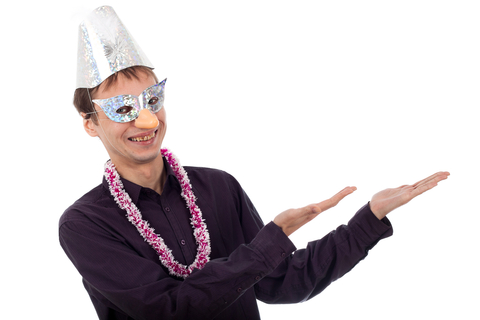 The Ps gained 1/3%. This action keeps them in the middle of their sideways range. Net net, they haven’t done much in over 2 ½ months. Draw your sideways arrow.

The Quack (Nasdaq) gained a little over ½%. It remains in a downtrend, albeit a choppy one. So far, the Bowtie moving averages remain in downtrend proper order (10SMA<20EMA<30EMA). See my recent Youtube for more on Bowties.

The Rusty (IWM) gained over ½%. So far though, it remains in a fairly serious downtrend. Since it hasn’t made any progress since October, bigger picture it looks like a possible top is in the works. Once again, the Rusty remains more indicative of what’s going on internally. Most stocks, at least those that momentum traders would be interested in, remain in downtrends.

The stronger issues remain mostly the defensive ones—Energies, Utilities, and Foods.
What’s concerning here is that the Energies overall have lost some steam. As I’ve been saying, if they begin to correct in earnest it will put some pressure on the Ps. We got a little taste of that last week when the Ps begin to slide.

True, there are some strong areas/areas that are hanging in there but when you did below, you’ll see that there are only a few big cap issues propping up the entire sector. And, these issues could be priced for perfection.

On the plus side, the Transports are holding above their trading range/near new highs. I’m not sure you can build a new bull leg on Trannies and Defensive issues but I suppose stranger things have happen.

As I’ve been saying, things seem to be deteriorating but at such a slow rate it’s scary. The slowly boiling the frog which I have beat to death continues to come to mind. Again, taken at face value, especially if you’re just looking the Ps, things don’t look so bad. They continue to mask what’s really going on. It’s the market behind the mask that scares me.

So what do we do? It’s not an easy market. This isn’t a market where you want to take any drastic action. Continue to let things unfold, setup by setup. Regardless of what you do, make sure you wait for entries. Thanks to this, we haven’t had many positions trigger as of late. This might be the market saying that best action might be no action. And, of course, if you do get triggered in, honor your stops just in case. He who fights and runs away lives to fight another day.

Best luck with your trading today!