Is It Time To Start Kissing And High Five-ing Each Other? – Dave Landry on Trading

Is It Time To Start Kissing And High Five-ing Each Other? 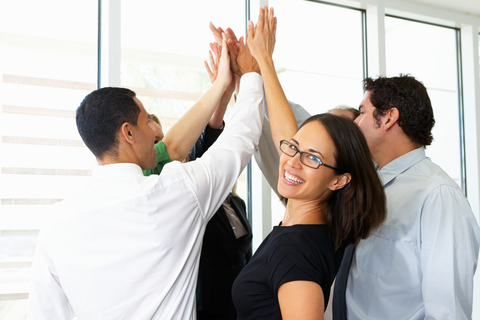 Well, once again the market indicated that it was rolling over and once again it has turned right back up.

One has to wonder if this market is going to rally just enough to get everyone high five-ing and then turn back down.

As trend followers, let’s not think too much. Let’s just follow along. I don’t think that we’re out of the woods just yet but I will follow my mantra of believing in what I see and not in what I believe.

The Ps (S&P 500) had a decent day, tacking on over ¾%. This action has them pushing into overhead supply like butter. It also has them within 1% of all-time highs.

The Quack (Nasdaq) had an even better day. It gained nearly 1% and this was enough to put it at 14-year highs.

The Rusty (IWM) continues to bring up the rear. It had a great day, gaining nearly 1 ½%. So far, it only appears to be pulling back from its recent slide. However, if it tacks on a few more 1 ½% days then this will no longer be the case.

Quite a few sectors still look questionable but like the market, they keep pulling back and pulling back. Sooner or later, the pullback turns into more than just that.

The $64,000 question is: Has the market faked another rollover?

Since 2009, every potential rollover has been met with buyers. You can argue that Fed has fed the rally but it has rallied nonetheless. Sooner or later, not heeding the warning signs is going to get a lot of people in a lot of trouble.

Doing the right thing—allowing stops to be hit on longs and taking shorts when situations warrant-is tough but it is the right thing to do. You can’t let the market lull you into a false sense of security that it will always go up.

What you can do, again, is follow along. We had some longs survive that last downturn, a short or two hit the initial profit target, and some leftover shorts that might stop out if the market continues higher. The point is to avoid big picture decisions and become 100% bearish on a perceived downturn or 100% bullish at new highs. Take things day by day and setup by setup. If the market looks dubious and you’re seeing a lot of shorts setting up, then take them. If the market is generally hitting new highs and you’re seeing some interesting longs and no shorts, then take them. Regardless of what you do, make sure you wait for entries. This simple technique, in and of itself, can often keep you out of losing positions. In fact, just recently we have had quite a few setups come on and off the radar without any capital being placed in harm’s way. Avoid enough losing trades and all that’s left are the winners. Write that down.

So what do we do? Well, if you made it this far into this column without worrying about how you’re going to operate heavy machinery later today, then you know that you take things one day at a time and one setup at a time. Right now, the database isn’t producing many setups. There are a few shorts setting up but these will likely come off if the market continues higher. Considering this, the best action right now might be no action. Wait to see if the market turns into the mother-of-all fakeouts. If it does, then we will go back to shorting. And, if it goes on to bang out new highs then we will follow along and not question things too much–like good little trend followers.