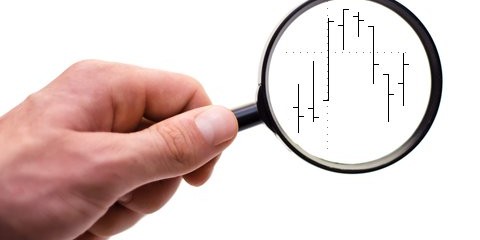 The Ps had a decent day, gaining a little bit more than 1/3%. The reason I use the word decent on such a small gain is because this action is enough to put them just shy of all-time highs. And, as a trend follower, I’m not going to argue with all-time highs.

The Quack was up a similar amount. This action puts it less than ½% away from multi-year highs. It has lost some steam as of late though. Notice that it is trading around where it was over two weeks ago.

I have been mostly concerned about the Rusty (IWM). The fact that it retraced 100% of its breakout is concerning. However, it did manage to put in a solid rally on Monday, tacking on over 1%.

The broad based Russell was indicative of what happened internally. It was good day. Areas in trends such as Defense and Transports (and sub-sectors thereof such as Major Airs and Shipping) managed to close at new highs. Some areas at lower levels longer-term such as Metals & Mining put in a solid day.

Lately, I have been concerned about the fact that the indices might be masking what’s truly going on beneath the surface. A few more days broadly based rallies like Monday would negate this.

So what do we do? As I often say, as a trend follower, you don’t want to argue with new highs. Therefore, as long as the indices can stay at or near new highs, don’t become crazy bearish. Do continue to look for clues internally. Based on recent internal weakness, I wouldn’t completely ignore the short side just yet. Do make sure you wait for entries. That, in and of itself, might keep you out of new trouble just in case we get more days like Monday. On the long side, I’m still seeing some decent setups. Solar and other Alternate Energies still look promising. If the Metals & Mining can follow through, we could see new setups there soon too. Regardless of what you do, again, make sure you wait for entries. In fact, use liberal entries. That simple technique has kept me out of a lot of trouble as of late.