I Have To Admit, It’s Getting Better – Dave Landry on Trading

I Have To Admit, It’s Getting Better 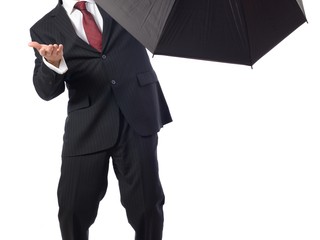 The Ps didn’t set the world on fire but once again, they did manage to close at all-time highs.

So is this the “all clear”? Well, I have to admit, things are getting better. Before we get into that, let’s take a look at the other indices.

The Quack gapped open, sold off, but still managed to close in the plus column. So far, it only appears to be retracing its recent leg down. One day at a time though—if it keeps retracing, then it too will be at new highs soon.

The Rusty had a decent day. It tacked on nearly ½%. Like the Quack, it also has somewhat of a retrace look to it. However, I wouldn’t get too bearish here since it is only a percent and change away from all-time highs.

As you would expect with the Ps at new highs, many sectors are also at new highs. These include but not limited to the Semis, Computer Hardware, Health Services, Chemicals, and Transports.

What’s impressive is that the defensive issues that have been rallying lately continue to hang in there. One would have expected these areas to soften a bit while the rest rallied. Utilities and Foods are hovering around new highs and the Energies actually made new highs decisively.

More and more of the areas that have been stuck below their prior peaks are now beginning to peep out. The Banks are a recent example. And now Manufacturing is quickly closing the gap.

All isn’t great in the world though. Some areas still remain below their prior peaks. And, some of the previous high flyers such as Drugs and Biotech still look poised to make a new leg lower out of a pullback.

So, overall, it’s getting better, right Big Dave? Should we rush out and buy? Well, recently the market has been very mixed and to some extent, it still is. It seems that a major sector rotation was just in the works and now most sectors have suddenly improved. Yes, things have improved but I also think things are still mixed enough to make it a market that’s hard to predict. Here’s the good news though—it’s much harder to predict the overall market than it is to predict individual stocks. Pick the stocks that you think have the best potential both short-term and longer-term. Wait for entries—especially given current conditions. And, once triggered, honor your stops. If blessed with a decent profit, then take half and trail your stop higher. I’m going to map out the general game plan for any market later today in the chart show. Do these things and do them well and I believe that you will be met with success. Unlike Pinocchio in the Geico commercials, I truly believe this.