How To Avoid Chasing Your Own Tail – Dave Landry on Trading

How To Avoid Chasing Your Own Tail 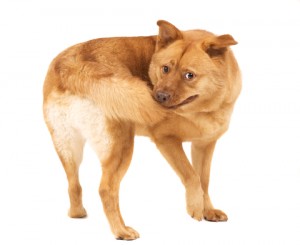 Veteran’s Day-and thanks again to all Veterans!, if it wasn’t for you, I literally would not be sitting here writing this column–is a semi-holiday when it comes to the markets. The Government, Banks, and bonds are closed but the stock market remains open. This can make for thinner, flat trading. And, I hate to read too much into such days but you can’t ignore the fact that the indices managed to hold at new highs nonetheless. The Quack (Nasdaq) even managed to gain .19%. And, that’s plenty enough to keep it at 14-year highs.

Drugs had a decent day, closing at new highs. Biotech wasn’t quite as strong but it too managed to close at new highs.

With a flat day, many sectors such as Software, Conglomerates, Consumer Durables, Consumer Non-Durables, Insurance, Retail, and the Trannys remain at or near new highs.

The Semis have stalled short of their prior highs but again, most sectors, like the market itself, remain at or near new highs.

I still don’t like the fact that the Ps (S&P 500) are still drifting or “wedging” higher but they are going higher nonetheless. And, any gain at these levels is enough to keep them at all-time highs.

Overall, momentum has slowed. As mentioned recently, a market can’t go up 1% per day forever. However, until the market pulls back or trades sideways for a considerable time, it will remain overbought. Further, the prior peak(s) still haven’t been cleared decisively just yet.

The good news is that you don’t have to think too much. Since the methodology requires a pullback, I’m not seeing any new setups. So, I wait. If the market can continue to bang out new highs, then I’ll have long side setups on either 1) a rolling correction like we’ve seen recently or 2) when—not if—the overall market corrects.

Performance anxiety can be a little tough during times like these. As I preach, often we are more wait-ers than trade-ers—at least with my methodology. There are those that claim to be all things for all seasons. When the market sharply reversed from lows they instantly switched hats and became reversion to the mean players. Maybe they are that good but I find this a little dubious. You can’t be all things in all markets. You have pick one thing and do it well. Otherwise, you run the risk of being perpetually out of phase—metaphorically, chasing your own tail. In a nutshell, my one thing pullbacks in trending markets. And, sometimes you just have to wait for those.

So what do we do? This is the first time in a long-time that I don’t have one single stock on my watchlist. True, there are hundreds of trending stocks that could set up any day but until they do, I wait. You have to learn to live with your methodology, both good and bad. If this market rolls right back over then I won’t make anything but I would have avoided putting capital in harm’s way. Sometimes, it’s hard to quantify “not losing” money but it is a crucial aspect to this game. If the market does follow through to the upside, then I’ll be a little late to the game but I’ll be there. Eventually, with a big outlier or two, I’ll catch up nicely. These things are hard to see until they actually unfold. Trust me. The markets will always be there. There’s no hurry.