How To Achieve Excitement While Only Losing Half Of Your Money 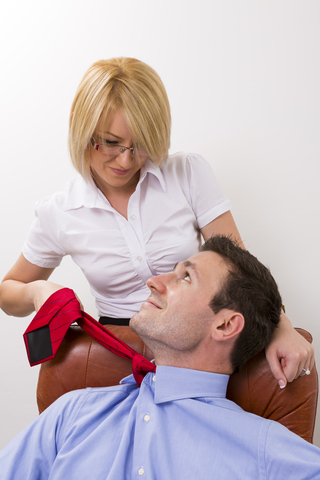 There were two different markets on Tuesday-the one we started with and the one we ended with. The Ps (S&P 500) started off nicely higher. This action had them pushing towards recent highs which aren’t that far from all-time highs. Unfortunately, the market stalled out and the index reversed to close in the minus column. This exemplifies why it’s important not to get too caught up in the intra-day action. Also, where a market finishes is much more important than where it starts.

As I preach, technical analysis in its most basic form looks at where price is and where price was. This so called “net net” change can be telling. Notice that the Ps haven’t made any progress on a net net basis since late October. If you didn’t know anything about technical analysis, you could simply draw a sideways arrow connecting the dots from 10/31/14 to now.

The Quack (Nasdaq) is a similar disappointment both on Tuesday and longer-term. It too also remains range bound since late October.

Ditto for the Rusty (IWM). What’s worse here is that if you look even further back you’ll see that the index is just about where it was last January.

As I often preach, when a market is in high level range, big up days will look like and “all clear” and down days will look like the end of the world. And, sometimes, a big intra-day swing like on Tuesday will look like both. Therefore, it’s important for you not to chase your own tail. Since the market is mostly sideways—a fact, not an opinion—you probably want to pick your spots carefully as a trend follower. You should question whether or not there is a trend to follow.

The good news is that my database hasn’t produced much as of late. Last night as I was drawing my sideways arrows I breathed a sigh of relief. Thank goodness I thought. The “old” me would have been frustrated due to a lack of setups. The newer me is thankful that I didn’t initiate new positions during this chop. Recently, someone quit my trading service saying that I was not active enough. You have to be careful not to confuse “action” with during the right thing. If you’re trading for excitement then I have bad news for you. Once you “get it” you’ll likely find it somewhat boring: Following a plan, waiting for markets to come to you, etc…

As I often say, if you’re looking for excitement, go to Vegas. Or, have an affair-that way you’ll only lose half of your money.

Seykota once said that everyone gets what they want out of the market. I never got that at first. Now I get it. Some are just looking for excitement. The market sure is an expensive place for that.

Anywho, back to the markets. One thing that’s concerning is that a lot of the big cap areas such as Insurance, Durables, Non-durables, Conglomerates, Financials, and Defense are beginning to look a little toppy. At the least, like the major indices themselves, they have lost steam by trading sideways.

Tech areas such as Hardware, Software, and the Semis have also lost steam.

Drugs did manage to hit new highs but appear to have stalled there. Ideally, I like to see markets hit new highs and not look back.

Gold and Silver sold off fairly hard. So far though, they still appear to be putting in a bottom. Unfortunately, it appears that this is going to be more of a process than an event.

So what do we do? Not much. I’m not seeing many meaningful setups. This is usually a sign to let ‘em fight it out. It took me years to figure out that sometimes, the best new action is no new action. If you haven’t had this epiphany, you’ll thank me some day. In case I get hit by a beer truck between now and then: You’re welcome. As usual, continue to practice sound money and position management. Honor your stops on existing longs. Trail those stops higher and take partial profits if you are blessed with a favorable move. And finally, It’s always good to be selective but be super selective while the market is trying to find its way.