Hey Lizard Brain, Is This Part Of Your Anatomy Controlling Your Trading Decisions? – Dave Landry on Trading

Hey Lizard Brain, Is This Part Of Your Anatomy Controlling Your Trading Decisions?

Women often joke that a man’s brain is controlled by a much smaller part of his anatomy. Well, that’s actually true. Now before you ladies laugh, yours is too. Get your mind out of the gutter for a moment-my apologies for my double entendre putting it there to begin with. I’m referring to the amygdala, a small almond shaped part(1) of your brain that’s involved with emotions. 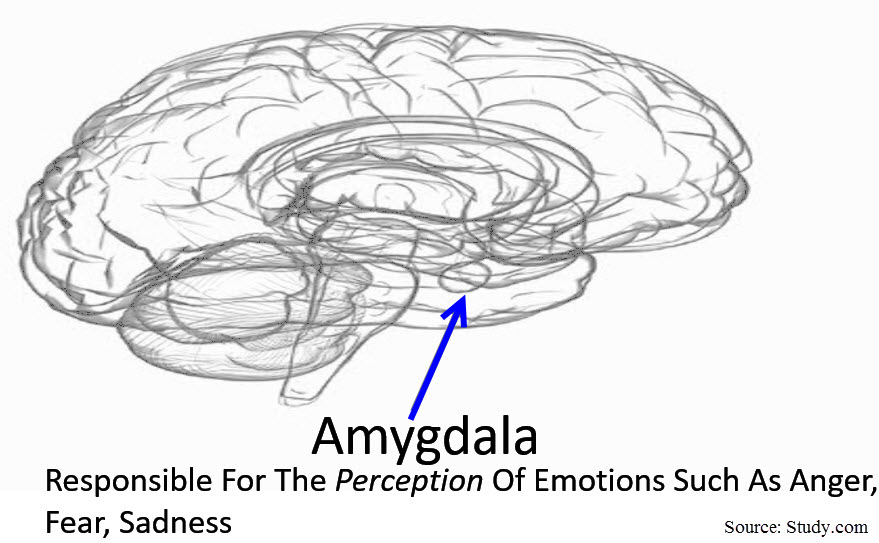 The Almond In A Nutshell

Now, I’m not a neuroscientist, nor do I play one on TV—but I have been known to stay at a Holiday Inn Express. With that said, the amygdala is part of the limbic system, the so called “lizard brain.” The lizard brain provides us with immediate response to things, especially when it comes to emotions such as fear. When the caveman was confronted with a Saber Tooth tiger, it triggered his flight or fight defense mechanism. He needed that small part of his brain to make these fast, emotionally charged decisions. There simply isn’t any time to contemplate your navel.

So Easy, Even A Caveman Can Do It? 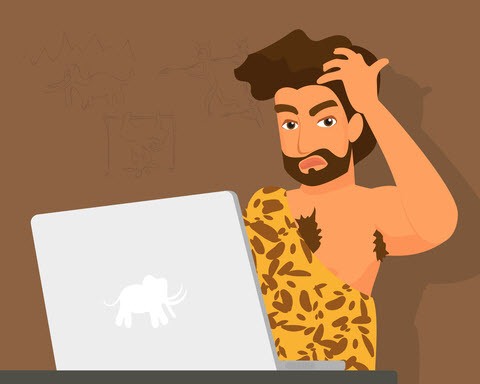 What worked well in caveman times doesn’t always work so well in modern times, especially when it comes to trading. We can’t just ignore our amygdala. Eliminating emotions wouldn’t help us to make much better trading decisions. Unfortunately Beatrice, that’s not how this works, that’s not how any of this works. You can’t make decisions without the amygdala and the rest of the limbic system. This has been proven by those unfortunate with illness or injury to this part of their brain. They can no longer make decisions, any decision (2). There’s no longer an emotion attached. When asked simple things such as scheduling an appointment they can logically reason through the choices but without feeling the emotional consequence of one choice over the other they arrive at a stalemate.

What Does This Mean?

We must embrace and not try to eliminate emotions since we cannot make decisions without them.

So How Do We Do That?

I think the solution is a little more involved that what can be written in a quick blog, but there are a few simple things that you can do to be well on your way.

The first step is to recognize that ALL decisions are emotionally based. Take my word for it or read the writings of Shull, Damasio, and others. 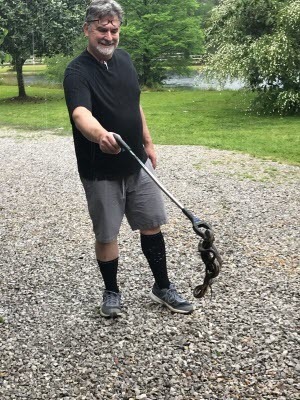 Second, embrace your emotions. Recognize them. Get in touch with them. Note when and how emotions are effecting your everyday decisions-and I mean everyday decisions. As an example, I wanted fried catfish for lunch on Thursday. I recognized that the emotional pleasure of eating crispy fillets would be backed with an afternoon of being lethargic–that plus the stress of knowing that a minute on my lips would be forever on my hips (or, in my case, my boobs!). Further, the doctor told me to lay off the sodium so I know that there would be additional repercussions such as fluid retention. I certainly don’t want to become one of the “people of Wall Mart” by being seen wearing compression socks with shorts (which, admittedly, I do around the house, I posted the above pic to Facebook, thinking that I'd look like a "bad ass," only to realize afterwards that I was wearing compression socks!). I’m an old fart but I’m not THAT old-yet, although my wife Marcy played a sick joke and signed me up for AARP arrrg! Paybacks a bitch-she turns 50 this year! Sorry, I digress. Where was I? Oh, remain cognizant of your emotions. In my trading journal, I track the amount of F-bombs, temptations, and other emotions that I'm feeling and then embrace them. If necessary, I use a commitment device such as turning off the screen or walking away when feeling the emotional urge to micromanage, take unplanned daytrades, or any other unnecessary action. 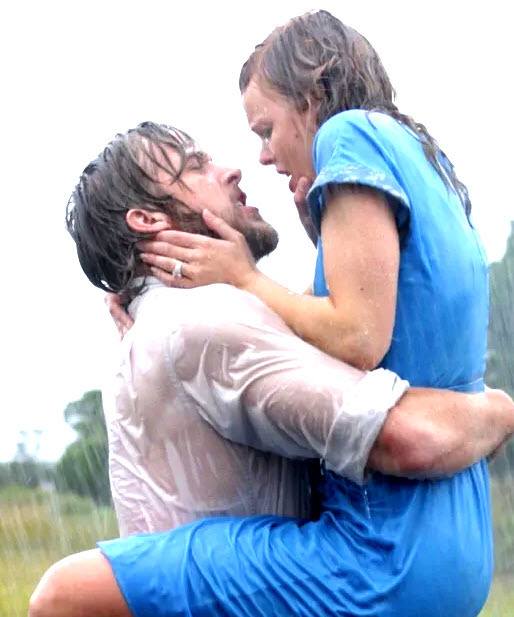 I don't want to come across like I have it all figured out. I took a personality test and discovered that my agreeableness is nearly nil. I told my wife and youngest daughter this like I had discovered some big revelation. They simply looked at me like I just pooed my pants. Anyway, this is probably the worst trait that a person could have as a trader. It's hard for me to accept when the market doesn't do what (I THINK) it should. I cuss and I fuss. Just yesterday, I dropped an F-bomb on a stock that was dropping. I then realized that didn't have a position to begin with. My propensity for profanity is why I'm having soundproofing put in the walls of my new office. I'm an emotional guy. I cry like a schoolgirl when forced to watch a Nicholas Sparks movie. The point is, and I do have one, is that like you, I too am human and held hostage by my emotions. I know it's easier said than done, but many times "all you have to do" is to place orders or alerts and turn your screens off. 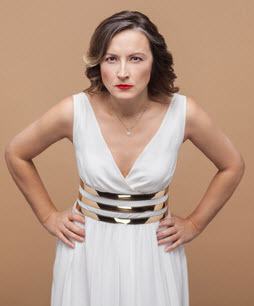 Third, slow things down a bit before making that next decision...and the several million thereafter. Ever snap at your spouse and before the words reach their ears you wish you could take it back? Well, that’s your lizard brain response. Your almond has you ending up like Chesnutt–“too hot to fish, too hot for golf, and too cold at home.” Reminds me of the Confucius saying: “Man who finds himself in doghouse too long finds himself in cathouse”—did I digress again? Sorry. The point is that you need to take some time to let your tiny lizard brain consult with the rest of what's sloshing around up there. So, how long does that take? Well, about three seconds. I try to see it as the “Terminator brain” where the responses pop up and you get to take a few seconds to pick the appropriate one. And, in some cases, the inappropriate one when completely applicable. 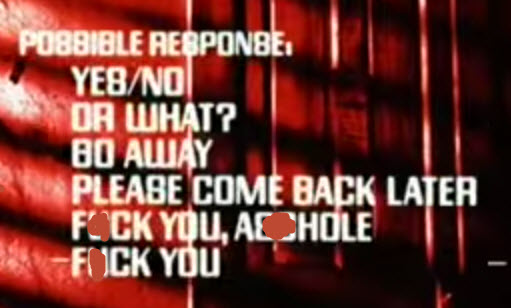 Stress is at it's highest when information is changing or unknown(3). That sounds like the minute the market opens! The more decisions that you make under fire, the more likely you are to make an emotionally charged mistake. So-warning, cliché ahead: Plan your trade and trade your plan. The planning part is done while the market is closed. You don’t know what will happen tomorrow but at this moment all of the past is known and nothing is changing. Decide while there’s not a gun to your head on where you will get in, where you will take partial profits, and where you will place/how you will trail your stop. Then, when faced with a live trading decision. Stop! Physically pick up your printed trading plan and follow along. These few seconds will let your lizard brain consult with the majority of the rest of the brain.

Well, there you have it-trading neurology in a nutshell. We are often driven by our tiny lizard brain, but we don't have to be. Embrace and accept the fact that we are emotional beings. Plan your trades well ahead of time and commit to commitment devices to avoid making emotionally charged mistakes.

1. Technically, it’s a little more than just the almond shaped part but you get the idea. Neuroscientist Joseph Ledoux, lead singer of “The Amygdaloids.” I’m serious. He has a band that sings songs about the brain. You can’t make this sh*t up!

2. I first learned this at 2013 TSAA-SF conference, Golden Gate University, San Francisco, CA. Denise Shull was a fellow speaker. In more recent times I have studied this further through the writings of Damasio.