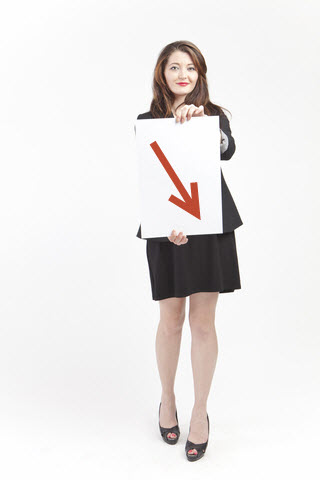 The market bounced on Monday. Duh, here’s your sign. Well, so far, it is just that, a bounce. And, there are some signs or should I say signals that are setting up, especially in the Ps (S&P 500).

The Ps closed up nearly ¾%. This action sets them up as a First Thrust sell signal. Also, they could Bowtie down from all-time highs. They remain below their late June to July trading range. 1950 would likely be resistance. It’s just human nature. When a range occurs and the market returns to that range, those who are left holding the bag look to get out at breakeven. By the way, every wondered what’s in that bag? Is it something you should light on fire and leave on a neighbor’s doorstep? Should the aforementioned sell signals trigger, the next stop would likely be 1875/the top of the previous trading range. For those keeping score, the 200-day moving average is nearing that level.

The Quack (Nasdaq) bounced right back into its range. Its back to “hanging in there mode”,  just a little more than 2% away from 14 year highs.

The Rusty (IWM) remains the worst. It has recently slid out of First Thrust and Bowtie down signals respectively. It had a decent bounce on Monday +.89%, but it remains in a shorter-term downtrend and below its 200-day moving average. Pay attention to the “Daylight” here—highs < 200-day moving average. The longer it stays below the 200, the more I’d be concerned. Sounds like a lesson for the week in charts.

As you would imagine, a lot of the sector action has mimicked the market.

Like the Ps, Energy has broken down out of a range and is now set up as a First Thrust. It also has a Bowtie forming.

Ditto for the Chemicals, Automotive, and Financials.

Conglomerates, Non-durables, Foods, Banks, and Insurance are setting up as First Thrusts & Bowties.

The Semis have recently sold off out of a First Thrust and are now on the cusp of forming a Bowtie down.

Many other areas like Aerospace/Defense, Manufacturing, Materials & Construction, remain in downtrends.

Some areas like Retail, Leisure, and Drugs have been trading very erratically.

About the only good I could find was the Metals & Mining. They look poised to continue higher out of a pullback. For the most part though, there are a lot of sell signals stacking up.

It’s what happens next that’s important. Does the bounce become more than a bounce, or it is just that?

The futures are getting hit fairly hard pre-market, so unfortunately, it might just be the latter.

So what do we do? As usual, take things one day at a time. Yes, I hint of a down arrow but that doesn’t mean that you go crazy bearish. In this business, labels can often get you trouble. Do see the signs. And right now, those signs are saying that we should be looking out for some shorts. As usual, just make sure your wait for entries and honor your stops once triggered.