Hat’s Off To The Dow, But What About Everything Else? – Dave Landry on Trading

Hat’s Off To The Dow, But What About Everything Else? 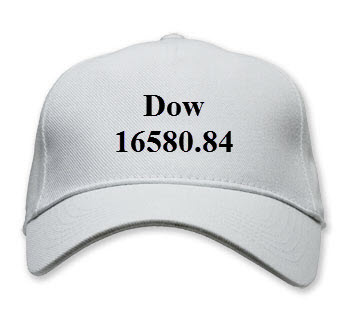 I usually don’t pay much attention to the Dow, mainly because it’s only 30 stocks. The media sure likes it though. I’m guessing that there was some celebration that it closed at all-time highs on Thursday. For those who pay attention, did you see any “Dow 16580.84” hats?

Let’s look at the Ps (S&P500). They ended up 1/3% and are now just about 1/3% away from all-time highs. They have been stuck in a sideways range for a couple of months but are just shy of all-time highs nonetheless.

You can’t completely discount the action in the Dow and Ps. Of course their action scores as a positive. You have to dig a little deeper, look at most stocks, all sectors, and study the broader based indices. And, as I have done recently, look within the indices themselves to see what’s propping them up. I won’t bore you too much with this since it would be beating a dead horse. The bottom line is that lately, it has been mostly Defensive issues keeping the indices afloat. My concern remains what happens when, not if, they correct.

The Quack (Nasdaq) ended higher. So far though, its downtrend remains intact.

The Rusty (IWM) had a decent day. It gained well over ½%. Like the Quack, it too appears to remain in a downtrend.

You know me, take thing one day at a time. And admittedly, things did improve drastically on Thursday. Although most areas and most stocks still remain in downtrends, the downside momentum slowed and many areas found support at their recent lows. This, in and of itself, isn’t reason enough to buy but it is good to see the slide slowing.

One other positive is that world indices seem to be doing well, banging out new highs. This is a positive piece to the puzzle but I still don’t get too excited about this. I’m still old school and think when the US sneezes, the world catches a cold. So, if we do rollover, so will they. Said more scientifically, I think there is a positive correlation with US and rest of the world. I will admit that someday, this might not always be the case.

So what do we do? Based on the recent choppy market action, I’m not seeing a whole lot of setups. This is probably a good thing. The database is saying, stay out the way while things shake out. So, for the most part, I’m going to listen to the database. Do keep an eye on the Defensive issues, especially the Energies for setups. Just make sure you really like the setup and wait for an entry. And, if triggered, honor your stops. Even though they look great overall, I’ve been seeing a little weakness within lately.

P.S. If you are not busy saving lives, building buildings, repairing automatic transmissions, or doing other great things then come to the chart show later today. It’s free and must be good because many often say “Dave’s good for nothing!”