Has The Bell Been Rung? – Dave Landry on Trading

Has The Bell Been Rung? 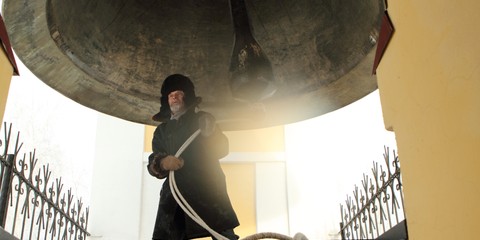 As I preach, you must take things one day at a time when it comes to markets. Heck, that’s pretty good advice for life too, but I digress. Each day brings a new clue. Yesterday was one ugly day. This doesn’t mean that you should rush out and sell the farm. You need to pay attention though. Many sectors failed after just probing new highs. That’s no big shocker because that’s pretty much what the overall market did.

You do have to be careful not to “chase your own tail.” When a market is just off of new highs, a bad day looks pretty ominous. And, make no bones, Tuesday was pretty ugly (how’s that for an oxymoron from a Trend Following Moron?). It’s just one day though.

As far as your existing portfolio, there’s nothing to do—other than follow your plan of course.

Many years ago, long before Al Gore invented the Internet, I was using a product called Prodigy to talk stocks with others. There was a gentleman there who was really into a small company that made drug pumps. He and I became friendly. Under the influence of someone who was older and seemly wiser, I began accumulating shares too. Every time the stock went higher he would philosophize about how great the company was and how everyone should be buying all they could afford. Heck, when it dipped he would say the same thing, calling it a bargain. This sucked me in further. Then, one day, the stock crashed. I called up this gentleman to ask WTF? I then got some really good advice—you know, the “experience is what you get right after you needed it the most” thing. He said, very calmly, and I quote, “DaaaVid, no one rings a bell when a market tops.” It was an expensive lesson but at least I got a tidbit of good advice out of the deal.

No one is going to ring a bell when a market has topped.

The good news is that you don’t have to get it exactly right. If the market does top then let it take you out of your long positions via protective stops and of course, look to establish positions on the short side.

The Ps (S&P 500) sold off fairly hard, losing over ½% for the day. This action has them returning to the bottom of their short-term trading range which is just above the prior breakouts levels. As you know, resistance becomes support and vice versa. It’s important for these levels to hold.

The Quack (Nasdaq) lost just a little less than ½%. This action has it down toward the bottom of its recent lows. It’s important for the prior breakout levels/support, circa 4475, to hold here.

The Rusty (IWM) remains the black sheep of the family. It lost nearly 1%. This action has it moving towards the bottom of its bigger picture wide-and-loose trading range. For those keeping score, it is now down 3 ½% for 2014.

Before my random thought process took over, I had planned on going through sector-by-sector to show you how ugly Tuesday really was. Rather than bore you—I know, too late!—just take make word for it.

Again, many stalled after just approaching their prior highs. Some, such as REITS and Energies have already rolled over and continue to slide out of First Thrusts.

So what do we do? Well, obviously you want to be really selective on the long side. Even if you didn’t know anything about markets you can look at the Ps and see that they closed right about where they were nearly 3 months ago. For a trend follower, this lack of follow through is not a good thing. On the short side, since the Energies are already oversold for this cycle, you might want to hold off on new positions there for now. Again, don’t make any drastic decisions. DO honor your stops.