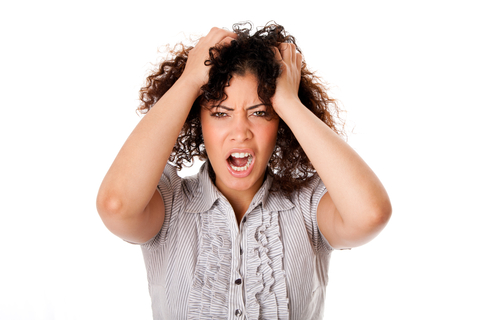 Recently, I have been discussing how markets will do what they have to do to frustrate the most. And, as I wrote yesterday morning: “If they are going to tank, they will have the mother-of-all rallies first to make everyone think that the water is fine—come on in!”

Let’s look at the scoreboard. The Ps which have been a poster child for don’t worry, be happy sold off hard, losing over 2%. This action has them closing below the bottom of their trading range. It also puts them back into the minus column for 2014.

Conditions, in general, have been deteriorating for quite some time. This is why I look at a couple thousand charts daily as opposed to just the Ps. As I preach, never take the indices at face value, make sure you look under the hood.

The Quack got whacked especially hard, losing over 3%. It appears to be resuming its recent leg lower.

There was virtually no place to run, no place to hide. Out of the 239 sectors that I track daily, only 4 ended higher. One, Toy & Hobby Stores, has only 1 member so that one can be tossed out. The others were Aluminum, Foreign Utilities, and Closed-End Fund-Debt. My point is, for all intents and purposes, pretty much all stocks sold off. Even the strong defensive areas such as Foods, Energies, Tobacco, and Utilities (overall) sold off hard.

Those areas that have been in serious slides as of late such as Drugs & Biotech, Internet, and Software resumed their downtrends out of pullbacks.

As you would expect, those areas which have stalled short of their prior peaks such as Manufacturing, Consumer Durables, Consumer Non-Durables, Retail, and Leisure remain below their prior highs.

Stronger areas outside of the defensive issues such as the Semis are now beginning to look questionable.

The question yesterday morning was, is Tuesday’s and Wednesday’s rally the “the water’s fine, come on in” rally? Well, I think we now have the answer to that question.

Again though, the good news is that you don’t have to get your market timing exactly right. As I have been preaching ad nauseam, let your stops take you out of positions that are no longer viable and let entries trigger you into new possibilities—long or short. Pick the best of the best stocks to begin with. A good offense is often your best defense. In this market, I would focus on those stocks that can trade contra to the indices just in case. On the short side, focus on the aforementioned weak tech areas. The only problem is that the market has quickly swung back to oversold. And, shorting oversold is darned if you do and darned if you don’t. Since they slide faster than they glide, if you don’t short, the market will continue to implode. And if you do, the market will bounce from oversold—maybe just enough to stop you out—and then implode. I think I would tread lightly on the short side for now, especially with the futures getting hit fairly hard pre-market.