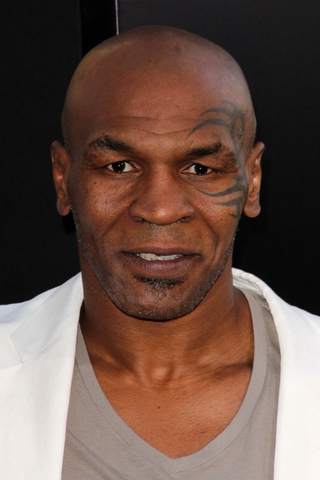 Again, a market’s job is to shake out and fake out as many as possible. As I have been saying, trend following is like riding a bouncing bronco (Covel/Dunn).

So far, the Ps and Quack only appear to be pulling back. The question is, how do you know it will stop? The answer is that you don’t. Stops on existing positions will likely take you out if it doesn’t. And, waiting for entries will likely keep you out of new positions.

Nobody said it was easy. Market moves are pretty obvious in hindsight but when you’re actually in there, things are a little different. Like Tyson said, “Everybody’s got a plan until they get punched in the face.”

To mix metaphors, hanging on to that bouncing bronco while getting punched in the face is tough.

Let’s dig a little deeper into the market.

The broad based Rusty (IWM) is sitting on the bottom of its short-term trading range. It is important for these levels, circa 114 to hold.

Looking to the sectors, Energies continue to implode. They looked a little cheap around a week ago, huh? Well, now you know why we don’t bottom fish. Don’t fight the trend.

Ditto for Metals & Mining. They lost nearly 3% on Friday alone.

Some areas like Chemicals and Foods (not my favorite combination)  have imploded from high levels. It appears that the trend has turned here. Some other areas like the Banks are also looking dubious.

Most areas still remain in uptrends but their pullbacks will have to stop at some point.

So what do we do? I think it is too early to claim that the sky is falling. As mentioned last week, there are plenty of bears that have come out of the woodwork to do just that-predict early and often I suppose. The good news is, you don’t have to predict. Just follow along. Again, stops will take you out if this is the start of something bigger and waiting for entries will keep you out of new positions. There’s no need to get bearish just yet but do pay attention. If more and more sectors join in the fray, then there might be cause for concern. Now’s the time to listen to the database. If it starts producing a plethora of shorts, then we might need to pay attention. Follow your plan and, as usual, take things  one day at a time.

P.S. The sale on my IPO Course ends tonight. 2 stocks picked in the last follow up session have more than doubled. One of these (CALA) doubled last week alone! I can’t guarantee that all will take off, but as you can see, it pays when they do. The course comes with the recordings from all previous sessions along with access to the last follow up session. 30-day 100% money back guarantee. Lifetime support included.