Follow-What Is, Is – Dave Landry on Trading 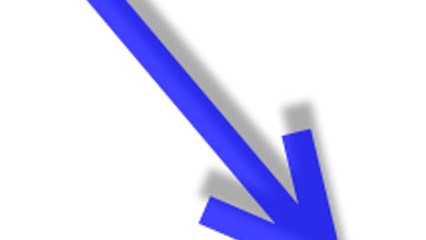 On Friday, I wrote about the submarine pattern in the Ps (S&P 500). Some overlooked the fact that I said: “Obviously, the submarine is not an official pattern but it does help to illustrate which way the market has been heading and will likely continue to head.”

I woke up this morning thinking about predicting vs. following. In the past, I have ruffled a lot of feathers by pointing out that markets are headed in a certain direction and based on this, will likely continue to head in that direction. When it is fairly obvious, I’ll draw a big blue arrow on the charts. And, I’ve often been told where to stick my arrows by those who believe in what they believe and not in what they see.

Unless you’re Bill Clinton, what is, is. If the market is headed lower then it is headed lower. Don’t try to justify as to why. Selling can often beget more selling. It is human nature. It doesn’t matter if the stock market is a “value” by some sort of dynamic. Those who have invested might need money. They need money for a variety of reasons. Maybe they have children going off to college or maybe they have trouble keeping their zipper zipped and now are faced with a 50% haircut. Whatever the reason, when they see some of their money evaporate in the markets, they might be inclined to sell to stop the bleeding or because the money is needed for the aforementioned reasons.

As trend followers, we don’t predict. We follow. When we are right, the payoff if very nice. When we are wrong, we admit it and move on. Since 2009, the sell signals haven’t materialized. In each of these signals, we allowed ourselves to be stopped out of existing longs and we began taking on shorts. Each signal must be taken seriously. Not every signal will turn into a top but every top will have a signal. Therefore, all signals must be treated as if they will become the “big one.” (Morris) After getting shaken but not stirred, we have gone back to the business of following the market higher–until now. Once again, we have signals. Nearly all of our longs have been cleaned out and we have been shorting. And this time, it appears to be working.

The damage has been done.  Most sectors have been in serious slides as of late and have only begun to pull back—like the market itself.

So what do we do? Since we are following and the market is going down, continue to avoid the long side. And, since the methodology is based on trading pullbacks, now that the market is pulling back look to start establishing/re-establishing positions on the short side. Wait for entries just in case the market decides to pull back further and of course, once triggered, honor your protective stops. Remember, we’re not predicting, we’re following. Never forget that all predictions are about the future and a lot of stuff can happen between now and then.