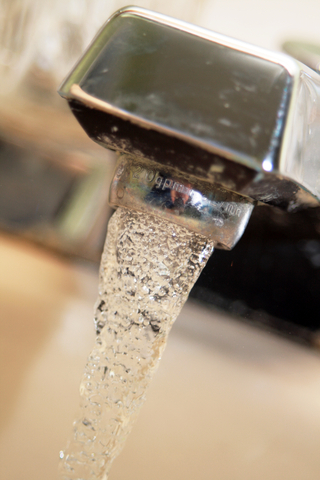 After reading my “Random Thoughts,” check out my new article on  Yahoo! The 10 Biggest Myths On Wall Street.

Yesterday the concern was that the Fed was going to toss another “Tootsie Roll” into the punch bowl like they have done previously. I’m guessing they learned their lesson from last two times (see my 08/07/13 column).

This time, they decided to leave the faucet on.

I believe in free markets and would prefer that they not be manipulated. As my friend and colleague Rob Hanna has pointed out, the Fed’s money has been like a drug for the market. At first a little got it going. Now, it is taking more and more to keep it going.

It will probably end badly someday but if I sit around moping about that, I might miss a big trend in the meantime. I would also lose my status as The Trend Following Moron (www.trendfollowingmoron.com).

I got that name by not confusing the issue with facts (www.donotconfusetheissuewithfacts.com). If a market is going up, then it’s going up. And if the market is going down, it’s going down. I once was giving a speech and showed some energy stocks as potential shorts. Someone in the audience blurted out: “WHAT ABOUT THE SITUATION IN NIGERIA?!?!” Well, my reply was that I looked like they were headed lower (and they did). So what about the situation in Nigeria. Unless your Bubba Clinton, what is, is.

Okay, I’ve digressed enough. Let’s get back to the charts. I have been concerned about the Ps multiple tops lately. As I have been saying, ideally, I’d like to see them blast higher, not look back for a while, and then have an orderly pullback. Well, they began to breakout on Wednesday. This action has them clearing their recent peaks and it has them at all-time highs-so far, so good. Follow through will be key. If they come right back in, then all bets are off. As long as they stay at or near all-time highs, I’m not going to fight it.

The Quack also put in a decent rally, enough to put it at multi-year highs. So far, its recent breakout remains intact.

So what do we do? Well, if you have any shorts left over, you certainly want to honor your stops on them. Don’t fight the Fed is one of the few Wall Street adages that has some merit. Trail your stops higher on existing longs. And, look to start adding on the long side but only on setups and entries. And, as usual, take things one day at a time. Wednesday was a great day. Now we have to deal with Thursday.

I’m going to flesh all of the above out in a lot more detail later today in the chart show. I’m also going to break down the recipe for successful trading. I think it is going to be a good show–of course, that’s just my opinion, I could be wrong. Call in sick and attend live for free or be willing to cough up $9.95 to watch the recording.