Exactly What You Should Do – Dave Landry on Trading

Exactly What You Should Do 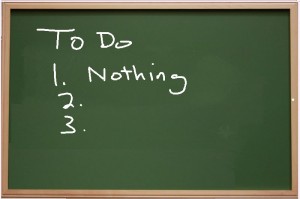 I’m getting a few questions about gauging overbought and oversold. There are numerous metrics out there to gauge this. I simply prefer eyeballing the net net change in price.

It’s not my style to sell overbought and buy oversold—in fact, as previously mentioned, I think you’d end up living in a cardboard box (or in a van down by the river) if you did. These conditions should not be taken lightly though. You want to be careful buying into an overbought market and the flip side, you want to be careful shorting oversold. Ask yourself, do you really absolutely love the setup? If yes, then take it!

The Ps eked out a small gain. This keeps them just shy of all-time highs.

The Quack had a decent day, tacking on well over ½%. This action keeps it at multi-year highs.

Don’t get me wrong, as a trend follower, I love markets that are making new highs. I just don’t like the way we got back here. The market became very oversold and the pendulum swung quickly back to overbought, creating a high level “V” shaped recovery. These moves are hard to sustain because by the time the market starts its new leg, it is already overbought.

As usual though, be careful not to think too much and, of course, take things one day at a time.

And, listen to the database. Last night it produced fewer shorts because the recent melt up in the market has caused too many days in the pullback. It also didn’t produce many meaningful longs because the market has been one directional as of late (i.e. no pullback).

So what do we do? The database is telling me to hold off on new positions. Let things shake out. As I told my peeps last night, it has taken me years to learn that the best new action can be no new action. Let the market come to you. On existing positions, take partial profits as offered and trail those stops higher. And, as usual, honor your stops and let the market prune your portfolio for you.