Doubtful About This Market? Don’t Be As Long As This Happens – Dave Landry on Trading

Doubtful About This Market? Don’t Be As Long As This Happens 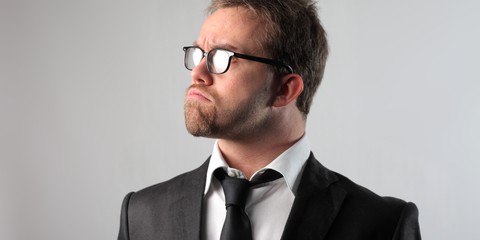 The Ps (S&P) ended flat for the day but their intra-day recovery was quite impressive.

Ditto for the Quack (Nasdaq). This action has it within a stone’s throw of new 14-year plus highs.

The Rusty (IWM) woke up nicely. Not only did it recover from its worst levels but it also managed to gain well over ½% for the day. Once again,  it appears to be attempting to claw its way higher.

So far, the market has faked out lower from its low volatility situation (see recent commentary or contact me for how to acquire Thursday’s webinar) and so far, it has begun to recover. Ideally, I’d like to see new highs sooner rather than later. Also, I’d feel a lot better about the Ps if they would stop hanging around their July peak and make some new highs.

As usual though, take things one day at a time.

Gold the commodity remains weak. It looks like its headed down to test its 4-year lows. If these levels hold them there’s the potential for a bottom. Be patient though, we’re nearly 2 years into this “bottom.” Wait for setups before getting too excited. On a shorter-term note, with world plagues and war, one has to wonder why gold hasn’t caught a bid. No need to bottom fish here. Wait.

Bonds have been weak as of late. It’s not the absolute level here but more of the delta (change) that can be concerning. This action appears to be causing a “tapping of the breaks” in Real Estate.

Most areas reversed with the market.

Energies were one exception. We will likely begin seeing setups here soon.

Once again, it will be important for areas that failed to take out their July highs decisively to make new highs soon. These include but not limited to the Semis, Banks, and Chemicals. BTW, the first two had decent rallies on Thursday but not so much in the Chemicals.

Once again, on the plus side, quite a few areas remain at or near new highs. These include (but not limited to) Drugs, Biotech, and Health Services.

As mentioned yesterday, lately, we’ve seen some pockets of weakness but overall, the market is hanging in there. If more and more areas weaken, then we might have to change our tune a bit. Don’t be a bull and don’t be a bear. Be aware.

It’s not always cut and dry. And, that’s why you don’t want to label yourself. Sometimes you have areas going up while other areas are going down. You have to see both sides. If Energies (and other areas) continue to weaken then we will likely end up with some shorts there. So, we could end up with both shorts and longs. Now, with that said, you want to err on the side of the trend. Therefore, make sure you continue to focus mostly on the long side. Right now, I’m not seeing any potential shorts anyway but I’m always keeping an eye out.

So what do we do? Continue to let things unfold. So far, the market has survived a bit of a test. Obviously, if it can go on to make new highs we can worry a little less. Again, let’s focus mostly on the long side while the market can hang around new highs. Give it the benefit of the doubt. On the short side, pay attention to those sectors that are weakening but wait for setups. Then, take them within context of the market and representative sector. Unless they can trade contra to the overall market (like the Energies) then you might want to pass.