Don’t Worry, It’s Only A Couple Of Bad Hair Days 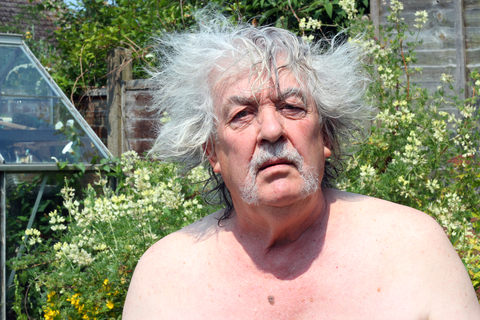 Recently, I was criticized for getting too caught up in the day-to-day noise. In markets, like life, you can only take things one day at a time. As I preach, each day brings a new clue. You take that clue within context of bigger picture patterns. You have to see the forest for the trees. If things begin to deteriorate, then obviously that will happen on a daily time frame first. Yes, we have had a couple of less-than-ideal days but so far it has been just that. As I said in yesterday’s chart show:  So what, everyone has a “bad hair” day now and then.

The Ps (S&P) traded all over the place but by the end of the day they were relatively unchanged. This action forms an outside day down at all-time highs. It’s not the end of the world though. It’s possible that it could have sucked in a few johnny-come-latelies at the new highs before reversing but with a flat-ish close, I wouldn’t get too excited. As I have been saying, (and detailed in yesterday’s chart show) on a closing basis, the index has been flatter than a flapjack. This decrease in volatility suggests that we could see a reversion to the mean move in volatility soon. In layman’s terms, traders don’t agree for long.

When volatility does begin to expand from a low volatility situation, often the first move is a false one. Then, after the shake out, the market continues in the opposite direction. Futures are weak pre-market so hopefully, (did I say hope?, oops) we’ll see that fakeout/shakeout move in early trading.

The Quack (Nasdaq) sold off a bit after trading a little higher. For the day it ended just under ¼% lower. So far, its recent breakout remains intact.

The Rusty (IWM) was hit a little harder. For the day, it lost a little over 1/3%. So far though, it still appears to be working its way higher in a two-steps-forward-one-step-back manner.

The sector action was mixed. As you would expect, some areas stalled out a bit.

Chemicals seem to be bumping up against resistance at their previous highs.

The Energies got whacked pretty hard. They too seem to running into resistance at their prior highs.

Led (no pun intended) by Gold and Silver, the Metals & Mining continued lower to close at multi-month lows. Steel & Iron seem to be the exception here, closing at multi-year highs.

In general, most sectors ended lower but all wasn’t bad in the world. Some areas like Telecom made new highs. Retail, Non-Durables, and Durables actually made new highs on an expansion of range.

So, it was good to see a “rolling correction” throughout the sectors. Some areas got hit a bit but others picked up the torch and ran with it.

The slight sell off has actually created some opportunities. Finally, I am beginning to see setups from the recent leg higher. Coming into today I have setups in Aluminum, Health Services, IPOs, Gold & Silver, and the Energies. I’m holding off in the Gold & Silver stocks for now based on the poor performance of the sub-sectors overall. The underlying metals themselves have been a little lackluster too as both are approaching multi-year lows. One-day-at-a-time though–check back often here.

So what do we do? Well, now that we are seeing new setups we look to start adding on the long side. This doesn’t mean throw caution to the wind and buy, buy, buy. Pick your spots carefully. Make sure you really like setup—the trend should be clean and strong. Then, wait for an entry. It never ceases to amaze me how many potentially disastrous trades can be avoided just by waiting for an entry. If they don’t go up, don’t buy ‘em! Futures getting whacked pre-market so you might just see what I mean.