Don’t Worry About This – Dave Landry on Trading

Don’t Worry About This 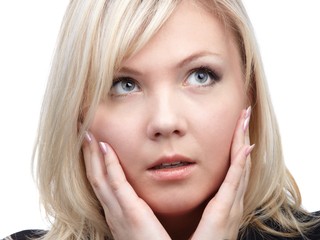 I avoid all news but occasionally, I get some through osmosis. Obviously, I’m aware that there is a situation in Russia. Do I care? No—not as it relates to the markets.

First, I don’t know what the outcome will be and there’s nothing I can do about it anyway. And second, even if I did know the outcome, I still don’t know how the market will react.

So, Big Dave, you ignore all news? What about company news such as earning reports?

Read my lips, I ignore all news.

Do not confuse the issue with facts (www.donotconfusetheissuewithfacts) and your life will get a lot easier.

Let the market tell you what to do–and no one else.

Not that long ago—see the column archives—the marked served up some very nice gold stocks coming off major bottoms and forming buy signals such as Bowties. So, like a good little market technician, I stared buying. That’s the beauty of technical analysis. Sometimes the market knows something that you don’t.

Now, to the markets:

The Ps traded both higher and lower before finishing down just over ¼%.

The Quack put in a somewhat similar performance, losing just a smidge more (-1/3%).

This action keeps these indices at their prior breakout levels circa 1850 and 4250 respectively.

The Rusty actually managed to close in the plus column. So, overall, it was mostly a mixed day.

In the sectors, Gold stocks closed up well over ½% but they did so in a bit of an indecisive manner—trading both higher and lower.  And, this was enough to keep the sector at multi-year highs.

Silver also capitulated a bit but still managed to gain over ½% nonetheless.

Heath Services continued to dip. This action puts them below their prior breakout levels.

Once again, a lot of areas such as Manufacturing, Retail, and Banks are taking on a potential double top appearance.

So what do we do? Well, don’t get caught up in the news. I went over 10 years without a TV in my office. I now have big ass one but I use it for displaying charts. Do honor your stops. If the current correction turns out to be more than just that, you’ll get taken out of any positions that can’t swim against the tide. On new positions, wait for entries. As I preach, that in and of itself can often keep you out of new trouble.

Best of luck with your trading on Monday!