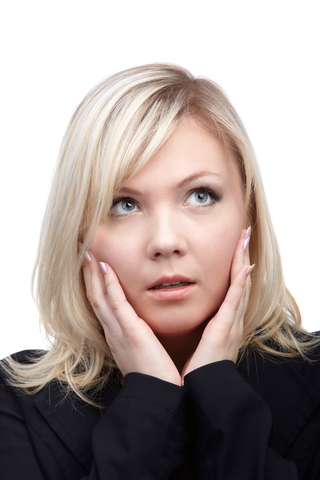 As seen in last week’s, Dave Landry’s The Week In Charts:

I was once in sailboat race from Galveston, Texas to Gulfport, Mississippi. Our captain picked up his 2 Texan cousins to help as crew. They’ve never stepped foot on a boat before. The last thing you want in an open ocean race is an inexperienced crew but we were glad, no lucky, to have them. We got caught in a nasty low pressure system which pounded us hard—and we were in the smallest boat in the fleet.

Everyone in the crew with the exception of the Texans became very seasick. They were unfazed. They ate beef jerky, potato chips, cookies, sandwiches and anything else that didn’t require much use of the galley in high seas. When they weren’t eating, they were chewing tobacco.

Everyone knows to grab the helm if you are seasick. Having something to do and focusing on the horizon helps to take your mind off of things. Everyone knows this to a point where crew will often fight over the position when conditions get a little dicey. There was no fight this time. I was the last experienced crew man standing. This was not because I was brave but because I knew that once you go below you’re not coming back out–well, with the exceptions of the Texans who went in and out of the cabin often for snacks and sodas.

The helm helped but it didn’t cure me. I asked one of the Texans to hold the wheel while I grabbed the rail. He asked what to do so I pointed to an oilrig off in the distance. I said, “go to the light.” They immediately begin chanting “go to the light, the light is good” in their best Zelda Rubinstein voice. Not long afterwards I was sick once again. By now, we had now made it to a field of oil rigs, many of them were small unmanned platforms. At this point I wasn’t really worried about course made good so I told them to  “just stay away from the lights.”  Of course, they immediately started channeling Zelda–“stay AWAY from the lights”–while I was busy yelling something that must have sounded a like “Buick.” It then got quiet on deck. So much so that I lifted my head and said “what?”

One of the Texans asked, “What if the rig isn’t lit?”

This went back and forth for a while until I was able regain enough composure to explain that if a rig isn’t lit, say a light burns out, you won’t see it. There’s nothing you can do about it. Focus on staying away from the lit ones and don’t worry about the ones that aren’t. This was the last I heard from “Zelda” as things got a little more serious.

What does this have to do with trading? Well, with the market looking a little iffy, concerns are rising about the upcoming bear market. My answer, don’t worry about. If it comes, it comes. Like ocean racing, not all obstacles will be lit.

The good news is, unlike the unlit rig there are some things you can do.

Let the market ebb and flow control your portfolio:

Use stops. Let stops take you out of positions. Don’t rush out and dump everything. We actually had one stock in the portfolio go up over 25% while the Ps had their recent slide. Of course, we had some longs go down too, but this one stock helped to mitigate that damage.

Stops will also keep you in existing shorts or likely take you out of them if the bear market doesn’t materialize.

Pick the best and leave the rest. If you have some good looking shorts and can’t find a good looking long to save your life, then take the shorts. The database often speaks and it pays to listen.

Do keep in mind that it is not as easy as flipping a switch but letting the ebb and flow will often keep you on the right side of the market in the meantime.

Don’t get me wrong, I hate bear markets. I’d much rather sit back and ride a longer-term bull market. In this business though, you have to learn to play the hand that is dealt.

Now, let’s look at where we are.

First, da fidy. Add up the closes of the last 50 trading days and divide by 50. Tomorrow, get rid of the oldest day and average in tommorow’s close. Rinse and repeat. The average moves with the market, hence the name moving average.

As I preach, there’s nothing magical about the 50-day moving average but it is well watched and it can be useful. First where is the market trading relative to its 50? Above? Below? What is the slope? Positive? Negative? Or, flat? Is there “daylight?”—are the lows greater than the average? (Or, are the highs below the average?) Slope and daylight can help to keep you on the right side of the market. Considering all this, the Ps sliced through their 50 like butter, losing over 2% for the day. This is the first close below the 50 since last October. This doesn’t mean that the run is over, ideally, like last October (and September, and June, and April), you want to see the market get right back above its 50. Like ALL indicators, there will be some lag but it does pay to pay attention.

Watch for transitional sell signals. The Bowtie moving averages have turned down. On additional weakness we could see a sell signal. And, sell signals from all-time highs can be very powerful.

The Nasdaq, while ugly, still looks a lot better than the Ps. There’ still plenty of daylight above the 50. If you back the chart way out, the recent spill looks like no more than a tiny bump. Still, this doesn’t mean we should throw caution to the wind, especially given the sector action.

This was the worst day that I’ve seen in the sectors in a long time. Out of the 239 that I track, 237 ended lower.

It was good to see Gold get a tiny bid and a continued rally in Bonds. This action suggests that at least the baby wasn’t thrown out with the bathwater. “The baby with the bathwater”—sounds like a candle pattern.
Anyway, I digress, it was ugly:

Around a week ago, we only had a handful of weak areas to watch such as Retail and Consumer Non-Durables (which did get weaker). That’s no longer the case.

Many areas that were just at new highs such as Leisure, Banks, Chemicals, Manufacturing, Insurance imploded.

The selloff in super strong areas like Drugs and Defense so far, only appears to be “knockout” in nature (e.g. Trend Knockouts—email me if you need the pattern or buy Layman’s). However, it obviously has to stop somewhere.

So what do we do? Again, pick the best setups whether they be longs or shorts and wait for entries. That, in and of itself, can often keep you out of new trouble. Honor your stops. Stops and entries will help to automatically adjust your portfolio. And, don’t worry about unlit rigs.